A new study by PsychTests.com indicates that there are certain personality traits that can reduce an employee’s likelihood of dishonesty at work. 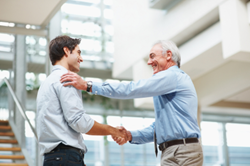 Dishonesty on the job can be reduced if hiring managers look for specific “protective” traits that bolster good behavior.

Employees who lack these traits are likely to cause a lot of problems not only for management, but also set a bad example for other employees.

Trying to determine whether employees are likely to conduct themselves with integrity at all times isn’t an easy endeavor. Résumés can be doctored. Interview questions can be rehearsed ahead of time. And the more adept a person is at deceit, the easier it is to cover up bad behavior.

However, rather than trying to dig out the core of a bad apple, researchers at PsychTests recommend that HR managers look at the bright side: A recent study they conducted reveals six key traits that can make a person think twice before they sneak in that personal call during work hours, cyber-loaf, lie, or steal.

Gathering data from 997 people who took their Integrity and Work Ethics Test, researchers at PsychTests analyzed the impact of the following six traits on a person’s overall score on honesty. Here’s what their results revealed:

It goes without saying that employees who intentionally deceive others or who are disingenuous are likely to lack credibility. They intentionally keep information to themselves, especially if doing so benefits them in some way, such as withholding a good idea or vital information about a project, or covering up their own misdeeds. Trustworthy employees, on the other hand, are reliable and true to their word.

Individuals who are not trustworthy had an honesty score of 47 (on a scale from 0 to 100). Those who possess this trait scored 83.

Some employees have no qualms about jumping ship when a better job opportunity comes up. While this is understandable, those who do so after being employed for only a short period can leave a company in a lurch and scrambling to find a replacement. And this is aside from the loss of resources that were spent recruiting and training the new employee.

Individuals who are not loyal had an honesty score of 51. Those who are committed to a company scored 83.

The manner in which a person perceives dishonest behavior can have a major impact on whether they themselves engage in the same behavior. Those with a lenient attitude are more likely to justify unscrupulous acts, like the disgruntled employee who slacks off when mistreated by management, or who breaks rules simply because “everyone else is doing it.” For those with a lenient attitude, their likelihood of behaving with integrity depends a great deal on the circumstances they find themselves in.

Individuals with a lenient attitude had an honesty score of 51. Those who have a strict, no-excuses attitude scored 80.

Accountability is defined as a willingness to take responsibility for one’s actions, both good and bad. Individuals who are accountable are more likely to admit their mistakes - but more importantly, to make restitution for them. They are proactive, responsible, and think things through before taking action.

Individuals who lack accountability had an honesty score of 53. Those who possess this trait scored 82.

For employees characterized by remorsefulness, no bad deed goes unpunished – and even if their manager doesn’t reprimand them for a dishonest act, remorseful individuals will likely chastise themselves for misbehaving. Although remorsefulness may not entirely circumvent dishonest behavior, it will compel some people to fess up to their actions, or at least make them think twice about committing the act again in the future.

Individuals who lack remorse had an honesty score of 52. Those who possess this trait scored 80.

Individuals with value integrity not only possess a strong code of ethics, they are also willing to stand by their principles, even in high-pressure situations. Every decision they make is done in light of what they value, and any actions that run counter to this makes them uncomfortable. They would rather risk rejection, mockery or other consequences of standing by their values than break their moral code.

Individuals who lack value integrity had an honesty score of 53. Those who possess this trait scored 80.

“As a whole, these six traits characterize an individual who is likely to be honest even under circumstances when they could easily get away with a transgression, as in positions with little supervision,” explains Dr. Jerabek, president of PsychTests. “In contrast, employees who lack these traits are likely to cause a lot of problems not only for management, but also set a bad example for other employees – and it may take months before management will get wind of their actions. For example, 75% of the people in our study who are not trustworthy have a history of covering up mistakes; 39% of those who are disloyal will have no qualms about committing a dishonest act if they haven’t had a raise in a long time. Of those with a lenient attitude toward dishonesty, 57% spend more than half an hour a day on websites that are unrelated to work, while 64% of those who lack accountability have admitted to lying on their résumé or during an interview. Moreover, employees who show no remorse or who lack a code of ethics are more likely to rationalize acts of dishonesty. So while individually, these traits are an asset in a job candidate, ideally, managers should search for someone who has all six.”

Professional users of this test can see a sample of the honesty report at:
WINS (Work Integrity Screening)

Which traits characterize an “honest” personality?Employees who are trustworthy, accountable, and loyal are more likely to conduct themselves with integrity.