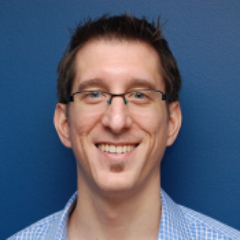 Michael Perklin has pioneered the standardization of security-related best practices in the industry. He’s a talented individual of immense character, and happens to be one of the world’s foremost blockchain security experts.

ShapeShift AG is pleased to announce and welcome Michael Perklin as Chief Information Security Officer. Michael will oversee ShapeShift's information security architecture, and ensure all of the company's services are operating with the best-practices in blockchain operational security.

“I’m excited to join ShapeShift due to their constant innovation in the blockchain space. Their non-custodial exchange has proven that customers are safer when their user information and assets are not collected or stored,” said Michael. “It’s an honor and a privilege to be joining such a bright, talented team with forward-thinking new technologies on the horizon.”

Michael first became acquainted with ShapeShift when he conducted the investigation and authored the subsequent post-mortem report during the company’s April 2016 security breach. His successful investigation allowed ShapeShift to establish cause and secure the platform, enabling the instant exchange service to relaunch the following month.

“When ShapeShift was hacked in the Spring of 2016, we worked with Michael to audit and investigate. His expertise was matched only by our enthusiasm for working alongside him. Following the investigation, he decided to invest in ShapeShift, and we’re thrilled to now bring him on board full time as CISO,” said Erik Voorhees, ShapeShift CEO.

Michael comes to ShapeShift with over a decade of experience in performing digital forensic examinations, cyber investigations and incident response post-mortems. He is well-known in the Bitcoin and blockchain sector for founding Canada’s first blockchain security consulting company, Bitcoinsultants, as well as co-authoring the CyptoCurrency Security Standard, work that has secured hundreds of millions of dollars worth of Bitcoin, Ether and other digital assets.

“Michael Perklin has pioneered the standardization of security-related best practices in the industry. He’s a talented individual of immense character, and happens to be one of the world’s foremost blockchain security experts,” Voorhees said. “We couldn’t be more pleased to have someone of his caliber joining the team.”

Prior to joining ShapeShift, Michael served as Head of Security and Investigative Services at Ledger Labs, Inc, as Lead Digital Investigator for Rogers Communications and was a digital-forensic and security consultant for Froese Forensic Partners. Additionally, he is president of C4, a non-profit standards organization dedicated to developing and maintaining standards that assist organizations in using blockchain technology. He is a prolific speaker on blockchain and security, addressing both technical and non-technical audiences.

ShapeShift is a revolutionary piece of infrastructure in the world of Bitcoin. From start to finish, users can exchange blockchain tokens in seconds, with no account required. No emails or passwords. No lengthy sign­up process. No accounts. No friction. ShapeShift's goal is to be the fastest and safest way for the world to exchange digital assets. See more at: https://shapeshift.io