InstallAware X6, launching Friday this week, is the first to support the new Visual Studio 2017 with one-click APPX/App-V/MSI builds for all Visual Studio projects in a single click from the Visual Studio toolbar; also, includes a new InstallAware Transformer InstallTailor MST Creator, and the industry’s only open source Desktop Bridge. 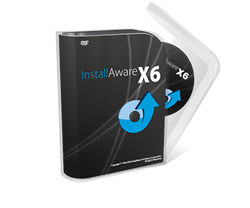 The brand new InstallAware Transformer InstallTailor MST Creator is available for the first time in the new InstallAware X6 version, giving non-developers a point-and-click way to create MST transform files for any MSI setup. Any user may run through the setup wizard screens, making choices as (s)he normally would while installing the package. Instead of installing the package, InstallAware then creates an MST transform file containing the properties, directories, and features as selected during the setup interview. A shortcut file (.LNK) is optionally created as well, instantly launching the transformed MSI with the settings in the MST transform file pre-applied. The MSI may also be published through Group Policy on an Active Directory network, of course again with its companion MST transform containing the custom settings.

Another new feature in InstallAware X6 is support for advanced Windows Service configuration, including setting multiple failure actions to be executed during the successive failures of a service on a target system – such as restarting the service, running a custom program (with a custom command line), displaying a reboot message, and restarting the PC. This helps increase the resiliency of applications installed by InstallAware, helping them surmount unforeseen hazards encountered during real world production use.

Setup capture has also been revamped in the new PackageAware included with InstallAware X6. The brand new PackageAware remains the fastest setup capture in the industry, adding Unicode support, a new mechanism which stacks multiple filters during capture operations to eliminate capture noise (garbage files and settings unrelated to the application being installed), and providing three new filters out-of-the-box to eliminate frequent sources of capture noise, with the ability to create and stack custom filters on demand.

InstallAware X6 integrates for the first time with Microsoft Team Foundation Server 2017, while retaining compatibility with all previous TFS versions through 2010 – enabling globally distributed collaboration for release engineers. InstallAware also adds the new Microsoft SQL Server Express 2016 with Service Pack 1 runtime, and the new Visual C++ 2017 runtimes, crowning its full-stack support for the Microsoft platform, which is legendary in the industry for its unmatched response times to the changes happening in Redmond.

The Application Runtime Wizard in InstallAware X6 of course remains available for users to create their own custom application runtime installers for their private frameworks. New in the Application Runtime Wizard is support for applying one or more MST transforms during a runtime installation, including those created by the InstallAware Transformer InstallTailor, when creating frameworks based on MSI files.

With InstallAware X6, all developers may cross Microsoft’s Desktop Bridge toll-free, and gain access to the Universal Windows Platform Highway, opening up their applications to new markets and customers while retaining and leveraging the existing investments they have made in their software products.

InstallAware Software, founded in 2003, is the leading Cloud Infrastructure Company with its laser sharp focus on bullet-proof enterprise software deployment. InstallAware has been recognized by multiple awards coming from Microsoft, SDTimes "Leader of the Software Development Industry", Visual Studio Magazine Reader's Choice, ComponentSource, WindowsITPro, among other recognition. InstallAware X6 is available in a free edition for all Visual Studio users and paid editions with prices starting at $329. For a fully functional 30 day trial and more information, visit http://www.installaware.com.