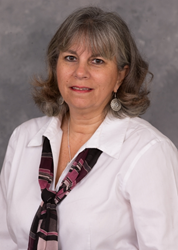 Dr. Amelia Joseph, head of the Swain School of Nursing at The Citadel

Dr. Joseph comes to us after a distinguished career in nursing leadership. Her research has focused on quality health care for veterans and the safe care of patients while hospitalized.

The Citadel’s new Swain Department of Nursing, along with its first class of evening undergraduate nursing students, is being led by Amelia Joseph, Ph.D. Joseph was engaged by the college as a consultant to help build the curriculum and direct the initial operations of the nursing department in early 2016. After a nation-wide search, she was selected to head the department as nurse administrator, assuming the position as the program officially got underway in January.

“Dr. Joseph comes to us after a distinguished career in nursing leadership,” said Connie Book, Ph.D., dean and provost of The Citadel. “Her research has focused on quality health care for veterans and the safe care of patients while hospitalized. Dr. Joseph has assisted the college in its approval processes to initiate the nursing program, and we are grateful for her continued leadership.”

Joseph holds a Ph.D. in Nursing Science (2013) as well as a post-doctoral Fellowship in Healthcare Workflow (2014) from the University of South Carolina. She earned a Master’s in Business Administration from The Citadel Graduate College in 1993, and a Bachelor of Science in Nursing from Southern Connecticut State University in 1978. Her 38 years of experience in clinical nursing include serving as a staff, home health, managing and executive nurse, nurse recruiter, group practice leader, and nursing consultant. Joseph has worked with numerous health care providers including the Veterans Affairs Medical Centers in Charleston, Columbia and West Haven, Connecticut, and West Palm Beach, Florida, as well as St. Raphael’s and Yale New Haven Hospitals in Connecticut. She has developed numerous programs related to nursing students and newly graduated nurses.

Joseph’s research interest is the role of the nurse in preventing adverse events in the acute care setting. She has earned numerous grants for research related to health services for veterans and for the improving the diagnostic accuracy of medical coding processes related to measuring failure to rescue (death after a treatable condition) of hospitalized patients. Among her awards and honors is the Undersecretary’s Award for Diversity and the Palmetto Gold Nursing Award for Excellence.

“Nursing is a profession with endless and growing opportunities,” said Joseph. “Our program recognizes the critical leadership role that nurses play in the complex healthcare environments of our military and civilian communities in the Lowcountry and around the world.”

Through the Swain Department of Nursing, a traditional four-year baccalaureate program is available to students in the South Carolina Corps of Cadets as well as veteran students. An evening completion program is offered for community students who have earned the required general education and prerequisite courses at another institution and wish to complete their nursing degree at The Citadel. Classes and clinical experiences for evening students are completed during evening hours and occasionally on Saturdays, and are designed for students who need flexibility in their learning environments. Both the Corps of Cadets and evening students earn a Bachelor of Science degree in Nursing (BSN) upon completion of the program.

The Swain Department of Nursing began accepting student candidates in October of 2016 after receiving approval from The South Carolina Board of Nursing. The department was established through the generosity of a gift from the Swain family, which has been a part of The Citadel for decades. The gift was initiated by brothers David C. Swain, Jr., Citadel Class of 1980, and his wife Mary, as well as Dr. Christopher C. Swain, Citadel Class of 1981, and his wife Debora.