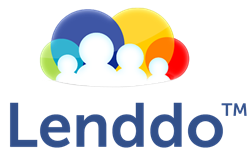 "The team at Lenddo has demonstrated their capability to address the challenge of Financial Inclusion via their innovative solutions" - Paolo Montessori, COO at Lenddo

Lenddo today announced Paolo Montessori has joined the group as Chief Operating Officer. As COO, he will be responsible for helping Lenddo scale its operations and expand its presence globally.

Paolo Montessori joins Lenddo from Novatti where he was Chief Executive Transaction Processing growing their innovative digital payment business. Prior to this he was CEO of eServGlobal and worked with Comviva, LogicaCMG, and Intervoice having held a number of executive positions in Australia, Africa, the Middle East, South Asia, Asia Pacific, Europe and Latin America.

“I am delighted that Paolo is joining to help scale Lenddo globally,” said Richard Eldridge, Lenddo’s CEO. “His passion about being part of a business that will provide financial inclusion for millions around the world combined with his deep experience, knowledge and exceptional skills will be critical for us to achieve our vision” Chief Executive Officer Richard Eldridge commented.

“I am thrilled to have the opportunity to contribute to Lenddo’s positive impact on so many people around the world and becoming a major contributor to resolving the challenge of financial inclusion.

The team at Lenddo has demonstrated their capability to address this challenge via their innovative solutions and I look forward to facilitating our global expansion.” stated Paolo Montessori.

About Lenddo
Lenddo was founded in 2011 to improve financial inclusion for 1 billion people around the world, enabling financial service providers to access and serve new and underserved markets using its disruptive technology and leveraging new sources of digital data, such as mobile-social digital footprints. Lenddo's product suite apart from credit scoring where it processes hundreds of thousands of applications each month globally, includes digital verification and marketing insights solutions.
Learn more at http://www.lenddo.com