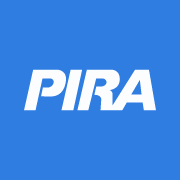 Net shipments to Mexico are on track to modestly increase month-on-month, with volumes inching ~0.1 BCF/D higher. Looking ahead this year, exports will continue to showcase growing strength, as large scale cross-border projects commence service. All told, 2017 balances suggest U.S. exports will increase by an impressive ~0.7 BCF/D year-on-year. Likewise, despite escalating trade rhetoric from both governments, fundamentals continue to foreshadow robust cross-border flows over the medium term.

Price Strength to Continue, as Hydro Reserves below Normal in Southern Europe

Prices are expected to remain supported for March and 2Q, as widely below normal hydro levels across Continental and Southern Europe will spur additional thermal dispatching. While a wider spark spread is the most likely outcome in Italy, we see upsides for the German dark spread – through higher electricity flows to Switzerland/France.

Unseasonably warm temperatures last week brought predictable results as the first social media pictures of farmers planting corn in places as far north as central Illinois were published. More of stunt than substantive given whatever is planted in those areas currently is not insurable; it does speak to a certain anxiousness being displayed by some U.S. producers. Whether that’s just a bit of Spring Fever, a wary eye on current prices, or a combination of the two, the only real work being done at the moment is the laying down of nitrogen in preparation for planting corn later down the road.

U.S. Economy Is Picking Up Pace, but Should Be Doing Better

Since the November election, key U.S. confidence indicators have surged higher, and this has been very positive for the growth outlook. But the key issue now is whether activity data will track stronger confidence. So far, available data were somewhat disappointing for consumer spending and housing; and we are still waiting for relevant activity data to be released for manufacturing output and business investment. Available data suggested that Chinese people’s spending spirits remained strong in January. In Japan, the latest GDP data contained both positives and negatives.

Coal Market Rethinking the Pace of a Downward Adjustment

Despite a downward drift in the first half of the week, seaborne coal prices closed on Friday modestly above prior-week levels. The upward momentum seems to have been spawned by an impending meeting between China’s major coal producers and industry groups. The market seems to have been taken somewhat off guard by the impending return of the working day cap at Chinese coal mines on April 1, although PIRA has consistently stated the cap would go back into force on that date for several months. The market still is on a structurally downward trend, with the end of peak seasonal demand closing in. However, PIRA believes that pockets of strength remain, particularly as the European gas market is looking to have less coal-to-gas substitution, and Chinese imports could experience significant upside after 1Q17.

All the available trade data for last year has finally arrived and a clear and interesting interplay in European supplies nicely shows just how much relying on spot LNG supplies can increase volatility and make Europe vulnerable during periods of high global demand. As a measure of this vulnerability, we take a look at how pipeline supply prices compared against LNG and hub pricing – as well as how individual suppliers compared. From digging into the numbers, the most interesting takeaway is how pipeline supplies became such a crucial source of affordable gas by the end of the year, especially as LNG supplies quickly dwindled. Additionally, despite headlines talking about gas convergence, there is still an incredible range of pricing just within Europe alone.

Stocks Increased to a 46-week High

The week ending February 13, U.S. ethanol inventories built for the sixth straight week, increasing by 415 thousand barrels to a 46-week high 22.5 million barrels. Nearly all of the build occurred in the Gulf Coast region, which is the primary hub for U.S. exports. Domestic ethanol production dropped 15 MB/D to a still-high 1,040 MB/D. Ethanol-blended gasoline manufacture tumbled to 8,462 MB/D from 8,685 MB/D, erasing most of the gain from the prior week.

The USDA long-term projections (LTP), released on Feb 16 in anticipation of the Outlook Forum, offered little to no change from the so-called “early release” around the election. Corn acreage for 2017 remained at 90.0 million acres, soybeans at 85.5 million, while wheat came in at 48.5 million. Total acreage for all major field crops is expected to reach 248.9 million acres, down 5.2 million from 2016. Total acreage, including CRP, which is down 300K in 2017 to 23.5 million, came in at 272.4 million, down 5.5 million from last year.

Another bout of large downward revisions to load forecasts has wiped out any optimism we had with the move to 100% Capacity Performance (CP) construct for the forthcoming 2020/2021 capacity auction. That, combined with continued expectation of new entry, leads PIRA to expect the RTO auction to clear at $90-$100/MW-day for the CP product (weaker year-on-year). The EMAAC and COMED LDAs should continue to clear higher than the RTO, though EMAAC could be under pressure too. DAYTON LDA could also clear higher if the proposed retirements go through. These weaker RTO level results could continue in the subsequent auction (2021/2022) as there looks to be room for another downward load forecast revision.

The S&P 500 set another record this past week. Other indicators were more mixed. Volatility increased slightly, while emerging market debt (EMB) was slightly lower. High yield debt, however, posted solid gains with the overall market. Despite weakening energy prices, currencies of many of the commodity producers still appear to be strengthening. On the commodity front, total, energy, and ex-energy all fell, but precious metals gained.

PIRA's latest update of major country Asian product demand indicates that year-on-year growth continues to accelerate. Data actuals cover the three-month period Nov-Jan. for China and India, while Japan, Taiwan, and Korea pick up data Oct-Dec. Versus the assessment last month, stronger growth in China, along with minor improvement in Japan and Taiwan, more than offset a slowdown in India’s demand growth. Chinese economic data continues to show renewed acceleration on a host of fronts, with trade data for January picking up notably, particularly on the import front. Loan issuance for January was also recently reported as strong.

The February gas-weighted heating degree day (GWHDD) tally has been slashed once more — a seemingly daily occurrence. Now, the projected monthly GWHDD total stands at ~595, or ~25% milder than normal. Understandably, such a degree-day meltdown has been influencing the market’s expectations for March. Recent price action suggests that some players have already thrown in the towel on winter with Henry Hub cash prices trading below the psychological $3/MMBtu mark since last Friday, and brushing against $2.80/MMBtu yesterday. PIRA’s forthcoming Gas Forecast Monthly, to be released next week, will highlight the range of possibilities on demand/storage if such a mild pattern extends into next month, or if there is one last bout of chill. As noted in last week’s edition, the less constructive fundamentals at play already caused us to downwardly adjust our price outlook for March and April. The extension of such loose fundamentals to close the heating season could cause an additional reassessment for 2Q17 prices.

More record highs were set this past week. The U.S. market moved to new record highs with the strongest performing sectors being banking, industrials, and technology. Energy was a poor performer, down -1.8%. Internationally, many of the tracking indices moved higher, but lagged the performance in the U.S. Doing the best internationally were Latin America and Europe, while Japan was down modestly.

Canadian propane inventories declined 3.2 MMB in January to a low 4.3 million barrels. Stocks were 1.2 MMB below where they began February in 2016. As essentially all US imports originate in Canada, low stocks there indicate that the current high rate of imports is not sustainable. Meanwhile Canadian butane stocks fell 1 MMB to 2.8 million barrels, near last year’s levels.

At mid-month, February looks to be 7% warmer than the 10-year normal for the three major OECD markets with oil-heat demand weaker than normal by 365 MB/D. The three major regions are roughly 13% warmer on a 30-year-normal basis.

Coming off of a second consecutive year of demand losses, Japan is set for a massive influx in newly contracted LNG over the coming two years. By PIRA estimates, the volume will far exceed Japanese demand and buyers will be pushing unwanted volume back in the market or not lift it at all.

Will the U.S. Continue to Dominate Global Shale Oil Production?

In spite of significant shale oil resources outside the U.S., the U.S. is likely to continue to dominate production for the next 20 years, even if conditions for successful shale oil development significantly improve abroad. Non-U.S. shale represents 78% of global resources but accounts for only 10% of current global shale liquids production. As conditions to develop shale resources outside the U.S. improve over time, PIRA forecasts a significant increase in non-U.S. shale production by 2035. Faster improvement in conditions abroad (e.g. fiscal terms, equipment to drill/frack, regulatory process, access to technology, etc.) is possible but the U.S. with its vast resources and very favorable conditions is likely to continue to dominate shale production for the next 20 years.

India’s domestic natural gas price is set to rise by 8% for the six months period beginning April 2017, in line with the trends in the global benchmark prices. The increase in gas price will push up prices of automobile fuel compressed natural gas (CNG), cooking fuel piped natural gas (PNG), prices of power produced from gas-based plants and bring relief for upstream companies including the state run explorer Oil and Natural Gas Corp. (ONGC) as well as gas distributers like Indraprastha Gas Limited (IGL).

The Dakota Access pipeline (DAPL) received final approval from the U.S. Army Corps of Engineers. The 470 MB/D pipeline running from North Dakota to Patoka, Illinois, is expected to be completed in the next few weeks, with line fill occurring in April and May, and full start-up likely in late May or June. At Patoka, the DAPL line will connect to ETP’s Energy Transfer Crude Oil (ETCO) pipeline, which terminates in Nederland, Texas. The combined system, known as the Bakken pipeline, will supply light sweet Bakken crude from North Dakota to Midwest refineries with connections to Patoka, as well as to Gulf Coast refineries connected to Nederland.

The Shell-operated Pear GTL (gas to liquids) complex in Qatar could be offline for approximately two months in 1Q2017, perhaps longer, as mechanical problems with the plant are repaired. The problem started in late December 2016 when Shell announced the plant was being operated at 50% of capacity. The plant is currently shut in. The GTL project has a capacity of 260 MB/D (120 MB/D gas liquids and 140 MB/D GTL). However, due to lack of a market for ethane, the effective capacity is 230 MB/D since 30 MB/D of ethane extraction is not being utilized.

The information above is part of PIRA Energy Group's weekly Energy Market Recap - which alerts readers to PIRA’s current analysis of energy markets around the world as well as the key economic and political factors driving those markets.