"Path to Marijuana Reform" paves the way for regulation of the legal marijuana industry. 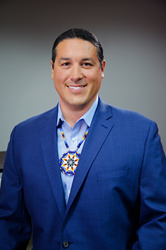 The National Indian Cannabis Coalition (NICC), applauds the inclusion of federally recognized Tribes in the “Path to Marijuana Reform” sponsored by Senator Wyden (D-OR) and Congressman Blumenauer (D-OR). The “Path to Marijuana Reform” is a package of three bills that is intended to “pave the way for responsible federal regulation of the legal marijuana industry, and provide certainty for state-legal marijuana businesses which operate in nearly every state in the U.S.”.

“Tribes interested in participating in the regulated cannabis industry should have the same access and opportunity as any other United States citizen – this legislation provides that clarity,” stated NICC Executive Director Jeff Doctor. The “Responsibly Addressing the Marijuana Policy Gap Act” would eliminate criminal penalties for a person acting in compliance with tribal law, provides certainty for tribes concerned that participation in the regulated cannabis industry could result in the revocation of federal funding, and allow Indian Health Services the flexibility to make medical recommendations to their patients with regard to marijuana.

NICC was founded in 2015 and is the only tribal advocacy organization dedicated to ensuring tribal entities have the opportunity to participate in the regulated cannabis industry.