The new single is currently available through the Coast 2 Coast Mixtapes website. 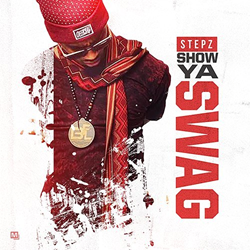 Stepz’ starting to make himself known in the professional recording and music industry. Through his dedication to music, the diligent artist is leaving a stamp with cutting edge songs and lyrics. As a music artist as well as an entrepreneur, don’t be surprised to see Stepz in the biggest publications. Only highlight reel type of work can be expected moving forward from this emerging artist.

Also going by the name Officialstepz, the Paterson, NJ emcee is an unsigned all-around artist that can rap, dance, and sing. His work is filled with comical quotes and intense energy. Stepz is a 7x 1st place winner at The Apollo, was on America’s Got Talent (2012), was on the front cover of Dance Mogul Magazine, and has performed on BET’s 106 & Park several times.

Stepz is the CEO of Battlefest New Jersey and to kick off 2017 he’s dropping his hit single “Show Ya Swag” and making a big dance challenge that family and friends can follow. Fans can currently stream and download the new single on Coast 2 Coast Mixtapes.