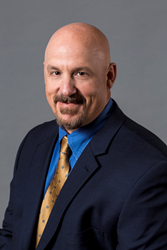 Led by BB Flynn, vice president and general manager, the hard-working team achieved year-over-year revenue growth of 3.4%, with profits outperforming the prior year by nearly $750,000.

Central Florida finished the year with excellent scores in safety and quality both within Suddath’s measurement system as well as that of United Van Lines, of which it is the largest national agent. It also received United Van Lines’ most improved award for CPA and Impact, which demonstrates their ability to achieve high levels of customer satisfaction and quality service.

Further evidence of the team’s commitment to service excellence is their online reputation review score of a 4.3.

The winning spirit and merit accomplishments of this team continue with two of their van operators being recognized for national performance. Christopher Loftus from Orlando, who received two distinguished awards. One from the American Moving and Storage Association (AMSA) as 2016 Household Goods Super Van Operator as well as United Van Lines’ Van Operator of the Year, a distinguished honor among the 2,500 drivers in their system. And Mike Morrissey, who was named Suddath’s Continental Van Operator of the Year with incredible stats such as being a #1-rated van operator with customer survey rating of 99.5%.

“It is clearly evident that BB and the entire team have committed themselves to living the values we associate with the Suddath brand. I could not be more proud of the individual and collective accomplishments of this group and their well-deserved award,” said Frank Senatore, president of Suddath Network Operations.

About The Suddath Companies
At Suddath, we take moving personally – understanding that all cargo is precious and every step matters. A family company, born in 1919 and bred in Jacksonville, Florida, we’ve grown from one spirited entrepreneur with a cart and two mules to a global company that moves people, businesses and products anywhere a truck, jet plane or cargo ship will take us. Our determined team flexes across the spectrum of industry offerings, owning both the 30,000-foot thinking and the boots-on-the-ground tactics needed to transport people to the other side of opportunity.

The Suddath Companies has more than 2,150 employees worldwide, more than 30 market locations throughout the United States, operations in Hong Kong, London and Shanghai, and strategic alliances serving more than 150 countries across the globe. In addition, Suddath is the largest agent of UniGroup, Inc., the parent company of United Van Lines and Mayflower Transit.