Saturday, April 22 is Earth Day, and also the day for the so-called “March for Science.” Read Heartland Experts' reactions to the upcoming event. 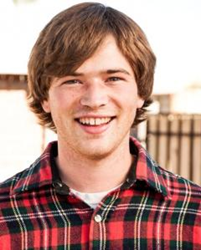 The demonstrators should formulate their hypotheses about the world, but be open to changing their world view if observed data do not support their initial position.

Saturday, April 22 is Earth Day, and also the day for the so-called “March for Science.” Thousands of people in cities across America will take to the streets, ostensibly to advocate for science-based public policy. The event, however, is expected to be more political than scientific.

The following statements from environmental policy experts at The Heartland Institute – a free-market think tank – may be used for attribution. For more comments, refer to the contact information below. To book a Heartland guest on your program, please contact Director of Communications Jim Lakely at media(at)heartland(dot)org and 312/377-4000 or (cell) 312/731-9364.

“I am truly sorry to see a ‘March for Science’ mixed up with all this. It is likely to hurt science and scientists by painting them as purely partisan and political.

“It will be portrayed as self-serving and money-grubbing. Any more noble motives will be buried and extremist views will be amplified, so I worry about adverse public reactions and their consequences.”

“When I was a child, Earth Day was a day to take my little red wagon along the county highway I grew up on and pick up litter. Now it seems the politicization of every facet of our lives is complete. Anti-Trump demonstrations masked as a supposed ‘March for Science’ are planned in multiple cities across the country – although it is fair to question the dedication of these protesters to the pursuit of scientific truth instead of simply showing they are part of the #resistance.

“Despite the fact the Environmental Protection Agency did not produce any evidence that fracking has caused widespread or systemic impacts on groundwater, there will doubtless be anti-fracking protests at these marches. But any fair reading of the scientific data shows that hydraulic fracturing has been enormously beneficial for our economy and national security with small, manageable risks to the environment.

“The demonstrators should formulate their hypotheses about the world, but be open to changing their world view if observed data do not support their initial position.”

“No matter what kind of march you schedule on a Saturday during baseball season, I’m going to ignore it. (That is, of course, unless it’s a march against the designated hitter or the no-pitch intentional walk, in which case I’ll see you on the streets, brothers and sisters!) So, needless to say, I won’t be paying any attention to the ‘March for Virtue Signaling,’ or whatever march it is this week, where the various strands of the left wing gather together to tell themselves they are wonderful people thinking wonderful thoughts and doing wonderful things.

“The left is great at pretending its political beliefs and policy ideas equate with science itself, but most Americans have seen through this ruse by now and simply aren’t interested in these proclamations and displays. So, just like them, I’ll have better things to pay attention to tomorrow than this march.”

“This Earth Day we have much to celebrate. Thanks to technological innovations, the skies and water are cleaner than they have been in more than a century. People are living longer and hunger and poverty have declined dramatically.

“Despite this progress, politicized climate scientists are taking to the streets to continue the funding gravy train for their discipline. To hear them tell it, the sky is falling and people are just too stupid to notice. Contrary to the impression given by this march, the Trump administration is not attacking science; rather, he is reorienting federal science funding away from nebulous climate research toward more other scientific disciplines that produce tangible benefits for the U.S. public.”

“As we prepare for the celebration of Earth Day, I pause to count the blessings that mother earth provides for us. Spring has arrived and the snow is gone, and we are beginning the planting season. So as I travel to the farm in my F-350 truck, I think of how the Earth has provided the energy to work the soil, coal for electricity, oil and gas for the making and use of machinery and fertilizers. We are blessed with the ingenuity to utilize all aspects of the resources provided to us. How wonderful it is to live in the modern industrial era.”

“On this 47th anniversary of Earth Day, let’s celebrate the dramatic improvement in our human environment over the almost five decades that have since passed. In 1970 there were 3.7 billion people on Earth; today there are 7.5 billion people. In 1970 life expectancy worldwide was 56 years; today life expectancy stands at over 67 years. Since 1970 food production has soared and energy production and consumption have increased more than four times. Since 1970 the natural environment has improved through robust urbanization and a greening planet due to the increased carbon dioxide content of the atmosphere.

“All of these positive metrics have been enabled through the robust use of fossil fuels – oil, natural gas, and coal for electricity. The world is blessed with enough fossil fuel reserves to allow the billions on Earth today, and the billions to come, live longer – and, better still, for more food to grow, cities to be built, and the environment to improve as it has for decades.

“In short, modernity itself will allow more people to live longer and better. So welcome Earth Day, and welcome an improving world for people and an improving human environment.”

“The reports of the Nongovernmental International Panel on Climate Change illustrate that debate rages in the scientific community about climate change. Yet, climate campaigners assert the science is settled. As a consequence of this misunderstanding, of the $1 billion spent worldwide each day on climate finance, only 6 percent of it is dedicated to helping vulnerable people cope with climate change today. Based on an improbable theory about climate, we are letting people die today so as to possibly help those yet to be born. Earth Day must distance itself from this unethical stance.”

“Environmentalists adhere to Paul R. Ehrlich’s IPAT formula, which declares that mankind’s impact (I) on the planet can be mathematically represented by the number of people (P) times their affluence (A) times technology (T): I = P x A x T. But, as anyone who no longer chops wood to heat his home can attest, we must divide by technology, not multiply by it, like this: I = (P x A)/T.

“Technology (T) drastically reduces our impact on the planet. And nowhere is this better and more consistently evidenced than in the field of agriculture, where technology now allows American farmers to produce more food on less land with less fossil fuel than any other farmers anywhere in the world! Help save the planet by embracing technology on Earth Day. Anything else is civilizational suicide.”

The Heartland Institute is a 33-year-old national nonprofit organization headquartered in Arlington Heights, Illinois. Its mission is to discover, develop, and promote free-market solutions to social and economic problems. For more information, visit our Web site or call 312/377-4000.