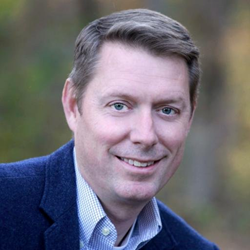 The Council for Agricultural Science and Technology (CAST) announces that the 2017 Borlaug CAST Communication Award goes to Jayson Lusk, a consummate communicator who promotes agricultural science and technology in the public arena. Lusk uses multiple forms of media to advocate for science, as he explains how innovation and growth in agriculture are critical for food security and global progress.

Lusk calls himself a “food and agricultural economist who studies what we eat and why we eat it.” But as one colleague stated, “He’s more than a scholar; he’s an unparalleled communicator.” Lusk uses articles, editorials, and a popular blog to take complicated issues and make them accessible to all. He has published influential books and more than 190 articles in peer-reviewed scientific journals on topics ranging from animal welfare and biotechnology to consumer interests. He also communicates through frequent television appearances, numerous radio and podcast interviews, newspaper articles, and many well-received presentations. Various media outlets name him as one of the most prolific and cited food and agricultural economists of the past decade.

Lusk achieved a B.S. in food technology from Texas Tech University and a Ph.D in agricultural economics from Kansas State University before diving into academic work at Mississippi State and Purdue. A visiting research position at the French National Institute for Agricultural Research gave him and his family a chance to experience Paris. On the way to his current position at Oklahoma State, Lusk served on councils, chaired committees, wrote extensively, and became a valued voice in the realm of agricultural science. In 2015, he was named a fellow of the Agricultural and Applied Economics Association.

Colleagues praise Lusk for his abilities to reach audiences outside the agricultural community and for his willingness to engage in controversial food issues. As one nominator wrote, “He is an excellent columnist and blogger. His perspective is surprising, and he engages the reader.” Another pointed out that Lusk believes farmers, policymakers, and consumers need credible information to make informed decisions--he specifically wants an informed public to know more about important research by land-grant university scientists.

Lusk’s most recent book, "Unnaturally Delicious: How Science and Technology are Serving Up Super Foods to Save the World", explains how science and innovation are linked with feeding the growing global population. With his ability to understand food issues at all levels and his skill at getting agricultural messages across to varied audiences, Jayson Lusk is indeed a worthy recipient of the 2017 Borlaug CAST Communication Award.

An award presentation will occur at a breakfast side event cohosted by Syngenta and CAST at the World Food Prize Symposium on October 18, 2017, in Des Moines, Iowa. The Borlaug CAST Communication Award honors the legacies of Nobel Prize winner Dr. Norman Borlaug and Dr. Charles A. Black, the first president of CAST.