This WCRI study provides an early look at changes in the Indiana workers’ compensation system following significant legislation in 2013 and 2014 that focused on several key policy concerns. 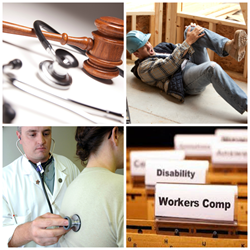 “The recent increase in Indiana’s indemnity benefits per claim may partly reflect the income benefit provisions of 2013’s House Enrolled Act (HEA) 1320, which phased in annual indemnity benefit increases over a three-year period beginning on July 1, 2014,” said Ramona Tanabe, WCRI’s executive vice president and counsel. “The growth was in contrast to the trends in earlier years when indemnity benefits were fairly stable.”

Indiana’s maximum statutory weekly indemnity benefit has risen 20 percent—to $780 from $650—since June 30, 2014. These indemnity benefits are generally paid to those who qualify for either temporary total disability (TTD) or permanent partial (PP) impairment. In Indiana, PP is paid to compensate an injured worker for a permanent loss of a physical function, typically known as permanent partial disability (PPD) benefits in other states. The legislation also increased the PP dollars paid based on the impairment rating.

The study, CompScope™ Benchmarks for Indiana, 17th Edition, compared Indiana with workers’ compensation systems in 17 other states and found that, despite the recent increase, Indiana’s indemnity benefits per claim remained among the lowest of WCRI’s 18 study states.

“One in six injured workers in Indiana had their weekly benefits limited by the statutory maximum indemnity payout as of 2015 (mostly reflecting the first of the three benefit increases), compared with about one in nine workers in the typical study state,” said Tanabe. “In Indiana, an injured worker is much more likely to hit the statutory cap.”

For the study, WCRI analyzed workers’ compensation claims with experience through 2016 for injuries up to and including 2015.

To learn more about this study or how to purchase it, click on the following link: http://www.wcrinet.org/reports/compscope-benchmarks-for-indiana-17th-edition.