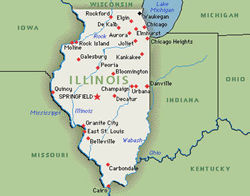 The average total cost per workers’ compensation claim in Illinois decreased 6.4 percent since 2010, but remained higher than most of the 17 other states studied in a recent report, CompScope™ Benchmarks for Illinois, 17th Edition, by the Workers Compensation Research Institute (WCRI).

“The 6.4 percent decrease mainly reflects the impact of the 30 percent reduction in the fee schedule rates for all medical services, which took effect under 2011’s Illinois House Bill 1698,” said Ramona Tanabe, WCRI’s executive vice president and counsel. “Despite this decrease, the average total cost per claim in Illinois was 21 percent higher than the total cost per workers’ compensation claim in the median WCRI study state for 2013 claims evaluated through early 2016.”

Indemnity benefits per workers’ compensation claim were also higher in Illinois than in the typical state, as were medical payments per claim. The indemnity benefit finding reflected higher wages for injured workers, longer duration of temporary disability, and more frequent and costly permanent partial disability (PPD)/lump-sum settlements, WCRI found. Higher prices for, and utilization of, professional services led to Illinois’ higher-than-typical medical payments per claim, according to WCRI’s study, except for payments involving evaluation and management services.

To learn more about this study or how to purchase a copy, visit https://www.wcrinet.org/reports/compscope-benchmarks-for-illinois-17th-edition.