“Blue Skies” from Christian Faith Publishing author Diane Winters is a story of true strength in overcoming challenges and setbacks on the path to God. 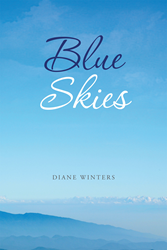 “Blue Skies”: a thrilling novel of heroic actions amidst psychosis and heartbreak. “Blue Skies” is the creation of published author, Diane Winters, from Southwest Nebraska. She is an avid reader of all genre and comes from a large family and grew up in a farming community. She was blessed with two children and now has four grandchildren. Her husband tries to help her with her story telling by suggesting silly ideas that have nothing to do with the current subject. Diane has dabbled in writing over several years and decided she wanted to have one of her stories come alive. It was a long journey, but a happy one to complete. She can now check that off her bucket list.

Published by Christian Faith Publishing, Diane Winters’s new book is evocative and powerful as the main character struggles to find her daughter's assailant and save her family from far more tragedy than they could ever have imagined.

Coming from her own bleak childhood, Page was a successful single mother for sixteen years before her life turned upside down. Confronted with a tornado that took much of her hometown, it brought back memories of her childhood, parents, and a great amount of guilt. Page and her daughter, Chase, work through the emotional time as Page exposes her daughter to the truth of her own past and Chase’s father. When Chase is kidnapped by a delusional man, Page deals with emotions and a strength she didn’t know she was capable of showing. Follow along as Page’s past meets up with her future.

For additional information or inquiries about “Blue Skies”, contact the Christian Faith Publishing media department at 866-554-0919.