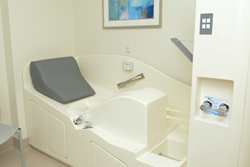 HyGIeaCare Centers are operational in Austin TX, Phoenix AZ, Norfolk VA, Dallas TX and Cincinnati OH. New Centers are being built out in Jackson MS and Miami FL. We look forward to further expansion both nationally and globally.

HyGIeaCare today announced that three posters will be presented at the upcoming Digestive Disease Week (DDW). DDW 2017 is scheduled to be held at McCormick Place in Chicago, IL, USA, from 6th to 9th May, 2017, and is expected to be attended by more than 15000 professionals including Gastroenterologist and hepatologists from all over the world. Hygieacare will be exhibiting at booth #3311 throughout the conference.
Following are the posters to be presented:

Results: In the baseline analysis, the strategy of using standard preparation was dominated by the Hygieacare® strategy, which was less expensive ($ 14,973 vs. $18,847) and yielded higher quality adjusted life years (13.401 vs. 13.036) per person. The difference was even more significant when indirect costs were considered. In a Monte Carlo simulation trial, over the life time of the study cohort, total life time cost saving was a staggering $150,064,650.

Results
Of the 1,727 consecutive patients who had a colon irrigation prep at the HyGIeaCare Center in Austin, TX, between November 2015 and November 2016, 1,670 (97%) of the patients were rated as adequate or had a BBPS > 5 which has been shown to be significant in the detection of polyps.
There have been no severe or serious adverse events reported to date. 88% of patients reported no symptoms.
Patient Satisfaction remains high as 95% of the patients (N=1,717) recorded on their follow-up questionnaire that they preferred the colon irrigation prep over the oral prep prior to colonoscopy.

Conclusion
The colon irrigation preparation continues to be an effective, well tolerated low-risk alternative to standard oral prep prior to colonoscopy.

Results: 45 simulations showed that pressures from flow of water does not exceed 1.2psi – well below the upper limit for safety of 1.55 psi found in human cadaver studies.

Conclusions: The colon irrigation preparation is a novel alternative for colonic cleansing prior to colonoscopy. The hydrostatic pressure effect on the colon is minimal, and thus there is a significantly decreased risk of barotrauma pressure-induced injury as demonstrated.

Hygieacare will be exhibiting at booth #3311 throughout the conference, and will have information available about the Hygieacare Centers for discussions about opening HyGIeaCare Centers with Gastroenterologists and Hospital/Medical Centers.

About Digestive Disease Week
The DDW 2017 will be attended by over 15000 hepatologists and gastroenterologist from across the nation and around the world who will gather in Chicago, IL, USA, to exchange the latest information on hepatology, gastroenterology, and gastrointestinal surgery, and also to interact with fellow professionals at this must-attend event.

The Digestive Disease Week, i.e. DDW 2017, is scheduled to be held at McCormick Place in Chicago, IL, USA, from 6th to 9th May, 2017, and is expected to be attended by more than 15000 professionals including Gastroenterologist and hepatologists from all over the world. More information can be found at http://www.ddw2017.org .

About HyGIeaCare, Inc. – Gavriel (Gabi) Meron, Chairman and CEO -- founder and former CEO of Given Imaging, the Company that successfully brought the PillCam to the world -- partnered with Texas-based Lifestream Purification Systems to form HyGIeaCare, Inc. to bring the HyGIeaCare FDA-cleared Prep System and procedure exclusively to the GI world.
The goal of HyGIeaCare is to provide unique services and solutions to gastroenterologists to deliver better GI outcomes for their patients and their practice through a chain of HyGIeaCare Centers to be established in the US and throughout the world.