Drinking Italian-style Coffee may cut Prostate Cancer Risk in Half

Dr. David Samadi comments on new research showing consuming more than three cups of Italian-style coffee daily might possibly reduce the risk of prostate cancer by more than half when compared to consuming between 0-2 cups daily. 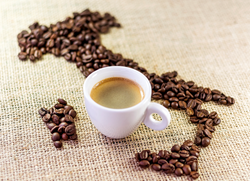 We’ve known from many previous studies that coffee appears to have a protective effect against other health conditions such as heart disease and diabetes. This large study shines a light on the potential benefits of drinking coffee on prostate cancer.

Dr. David Samadi comments on new research showing consuming more than three cups of Italian-style coffee daily might possibly reduce the risk of prostate cancer by more than half when compared to consuming between 0-2 cups daily.

It may be time for men to consider switching to Italian-style coffee as a means of reducing their risk of prostate cancer. A recent study published in the International Journal of Cancer found that the consumption of this beverage has a protective effect on prostate cancer risk. In an analysis of almost 7,000 men from Italy, those who consumed more than 3 cups a day showed a 53% reduction in prostate cancer disease risk when compared to men who had a daily 0-2 cups of coffee.

“Anyone who knows me well knows that I have always been a huge advocate for the positive health benefits drinking coffee provides”, explained Dr. David Samadi. “We’ve known from many previous studies that coffee appears to have a protective effect against other health conditions such as heart disease and diabetes. The evidence on the effect of coffee consumption on prostate cancer are limited and this large study shines a light on the potential benefits of a common beverage consumed around the world on this common cancer in men.”

Prostate cancer remains one of the most common chronic diseases occurring in men particularly over the age of 50. Over the years it has been know that lifestyle modifications have demonstrated a positive impact on the prevention of this disease. But the impact of coffee consumption on the incidence of the disease is still under debate. In the European Union, the country of Italy has one of the lowest incidences of prostate cancer in comparison to other populations from developed countries showing a higher prostate cancer occurrence. This study wanted to research and evaluate the effect of Italian-style coffee consumption on prostate cancer risk to gain better knowledge of coffee’s influence on this disease.

“Italian-style coffee is different from the type of coffee consumed in the United States,” stated Dr. Samadi. “Here in the U.S. the use of filters when preparing coffee is very common but that can lead to a reduction of the important nutrients and compounds that are part of ground coffee that may not be present in the final cup we drink. Italian-style coffee is prepared unfiltered with high-pressure hot water temperature or boiling water that may result in less loss and a greater concentration of bioactive compounds that could be beneficial for reducing prostate cancer.”
For this 4 year observational study there were 6,989 men who participated by reporting their daily intake of Italian-style coffee using a food frequency questionnaire.

“The researchers confirmed their findings by showing that caffeinated coffee extracts reduced the ability of prostate cancer cells to grow and divide while at the same time reduced their ability to spread,” explained Dr. Samadi. “They were also able to show that decaffeinated coffee extracts did not have the same effect. To me this shows caffeine appears to have a positive effect on prostate cancer. Keep in mind, there are numerous bioactive and antioxidant compounds in a cup of coffee that can prevent oxidative DNA damage influencing the growth of tumors. Coffee’s antitumor effect has been shown in other types of cancer such as bladder, breast, colorectal, esophageal, pancreatic, and liver cancers”.

Dr. Samadi went on to add, “We always have to consider the fact that coffee is not prepared the same throughout the world. Depending on the geographical location and culture of a country, those factors can influence a cup of coffee’s final nutrient composition. In the meantime, I’ll keep encouraging men to have their cups of coffee throughout the day.”