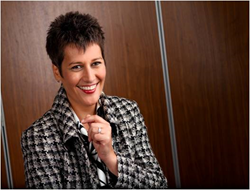 The fact that North American M&A values have improved both month-on-month and year-on-year in April is extremely encouraging and it is also a positive sign that large deals continue to be announced in the region.

The value of mergers and acquisitions (M&A) targeting companies based in North America increased month-on-month in April, despite a decline in volume over the same timeframe, according to information collected by the leading M&A database Zephyr. In all there were 1,628 deals worth USD 127,483 million announced during the month under review, compared to the USD 113,822 million recorded across 2,231 deals in March.

Zephyr shows that value was boosted by a number of high value deals in April. The largest of which featured both an acquiror and target based in the US, as Beckton Dickinson and Company agreed to acquire New Jersey-headquartered diagnostic devices maker CR Bard for USD 24,000 million. This deal alone accounted for 19 per cent of total North American dealmaking for the month and 20 per cent of US value for the period. It was also worth more than double the second-largest deal, a USD 9,050 million takeover of pharmaceuticals researcher Pharmaceutical Product Development by Carlyle and Hellman & Friedman, with additional support from GIC and Abu Dhabi Investment Authority.

Given the aforementioned CR Bard deal topped the rankings by some distance and was worth more than the second- and third-biggest deals combined, it is unsurprising to find the machinery, equipment, furniture and recycling industry at the head of the value rankings with USD 34,538 million. The USD 24,000 million deal obviously accounted for a significant portion of this amount.

Lisa Wright, Zephyr director, commented, “The fact that North American M&A values have improved both month-on-month and year-on-year in April is extremely encouraging and it is also a positive sign that large deals continue to be announced in the region. The next few months will be crucial in terms of M&A activity in North America as H1’s result will give a good indication of how the year is developing when compared with 2016.”

The Zephyr database shows PE and VC investment targeting companies based in North America declined in April. In all there were 970 deals worth a combined USD 30,883 million announced during the month, compared to the USD 35,518 million invested across 1,308 deals in March. However, a year-on-year comparison gives a more positive view; although volume was still down on the 1,033 deals announced in April 2016, value actually increased from USD 20,906 million over the same timeframe. A significant decline in the value of deals with Canadian targets could account for the overall drop in value month-on-month; in all there were 32 deals worth USD 125 million with Canadian targets in April, marking a 97 per cent decline in value from USD 4,560 million in March, while volume slipped 51 per cent from 65 over the same timeframe.