The Monster Energy Bellator MMA Fight Series visits Charlotte Motor Speedway during the Monster Energy NASCAR All-Star Race weekend on Saturday, May 20 and will feature several MMA bouts throughout the afternoon prior to the start of the on-track racing action. 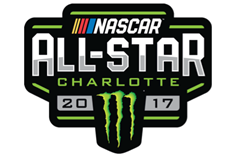 Additionally, fans will have the opportunity to meet two of the biggest names in the history of the sport on Friday, May 19, when former UFC champion Tito Ortiz and former PRIDE and STRIKEFORCE titleholder Dan Henderson will be available to sign autographs at the Monster Energy display in the Charlotte Motor Speedway Fan Zone between 3-4 p.m. ET.

Through Bellator MMA, along with longstanding partner Monster Energy, mixed martial arts will be included as a pre-race activation exclusively for fans in attendance. The lineup on Saturday will consist of four MMA bouts featuring some of the best regional up-and-coming talent, with the main event prospects in consideration to be signed to a multi-fight Bellator MMA contract.

About Bellator:
Bellator is a leading mixed martial arts and kickboxing organization featuring many of the best fighters in the world. Under the direction of veteran fight promoter Scott Coker, Bellator is available to nearly 500 million homes worldwide in over 140 countries. In the United States, Bellator can be seen on Spike, the combat sports television leader. Bellator is comprised of an executive team that includes top industry professionals in television production, live event orchestration, fighter development/relations, venue procurement, sponsorship creation/development, international licensing, marketing, advertising, publicity and commission relations.  Bellator is based in Hollywood, Calif. and owned by entertainment giant Viacom, home to the world's premier entertainment brands that connect with audiences through compelling content across television, motion picture, online and mobile platforms.