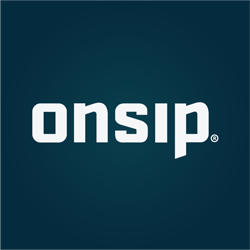 As a company, one of our most important missions is to move business calling to the web to enable better user experiences and data integrations. We hope the Free Plan will enable more developers to create exceptional business communication apps.

OnSIP was named the winner of a Silver Stevie® Award in the New Product or Service of the Year - Software - Infrastructure or Platform as a Service (IaaS, PaaS) category in The 15th Annual American Business Awards. The company’s Free Plan for Developers lowers barriers for software creators, enabling them to add real-time communications to their applications without heavy investment or restrictive commitment to proprietary code libraries.

Nicknamed the Stevies for the Greek word meaning “crowned,” the awards will be presented to winners at a gala ceremony at the Marriott Marquis Hotel in New York on Tuesday, June 20. Tickets are now on sale.

More than 3,600 nominations from organizations of all sizes and in virtually every industry were submitted this year for consideration in a wide range of categories, including Startup of the Year, Executive of the Year, Live Event of the Year, and App of the Year, among others. OnSIP was nominated in the Software - Platform as a Service category for Best New Product or Service of the Year.

OnSIP has been recognized by Gartner and CIOReview as a leader in the Unified Communications as a Service (UCaaS) industry. The Free Plan for Developers extends its commitment to open standards development to the Communications Platform as a Service (CPaaS) market. The Free Plan allows developers to build real-time communications features into their apps at no cost until they’ve reached a critical user base. During this period, developers can rapidly innovate and scale.

Built on open standards, the OnSIP Free Plan for Developers utilizes WebRTC, an open source project that enables real-time voice, video, messaging, and data in the browser without plugins or add-ons. Developers are also empowered to work with their SIP standard library of choice, including OnSIP’s own open source library for JavaScript developers, SIP.js.

“We’re so thrilled that our Free Plan for Developers has been honored this year by the American Business Awards,” said John Riordan, CTO and Co-Founder of OnSIP. “As a company, one of our most important missions is to move business calling to the web to enable better user experiences and data integrations. We hope the Free Plan will enable more developers to create exceptional business communication apps.”

OnSIP has previously been presented with other Stevie® Awards in a variety of categories. In 2013, OnSIP CEO and Co-Founder Michael Oeth was the recipient of a Gold Stevie® Award in the Executive of the Year - Telecommunications category. OnSIP also won a Silver Stevie® Award for Company of the Year – Business Services in 2012.

Details about The American Business Awards and the list of 2017 Stevie winners are available at http://www.StevieAwards.com/ABA.

Founded in 2004, OnSIP is a leading provider of real-time communications (RTC) services to over 70,000 customer accounts. OnSIP® Business VoIP customers enjoy the benefits of an on-demand phone system without the traditional high cost, burden, and inflexibility. The company also offers a cloud platform and simple APIs for developers to rapidly and affordably build RTC applications of their own. For more info, visit: https://www.onsip.com/.

About the Stevie Awards