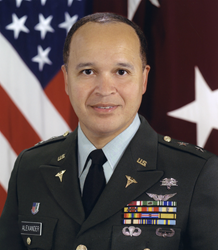 Led by guest speaker retired Maj. Gen. George Alexander, M.D., the free event will honor military active-duty and veteran CSU students, alumni and area men and women who serve or have served in the military.

“I am truly honored to be the guest speaker for this important and memorable occasion,” said Alexander. “Working with Columbia Southern University in honoring military men and women is a real opportunity to show our deepest appreciation to those who serve in our nation's military.”

CSU military outreach representative Karl Hoffmann, who is organizing the event, agrees and is excited Alexander is part of this event.

“Maj. Gen. Alexander has served our nation with great honor. His career serves as an example to all those who have served or who are currently serving,” said Hoffmann.

All military members and veterans are invited to the event on May 18, 2017 at the Naval Air Station’s National Naval Aviation Museum.

About Columbia Southern University
One of the nation’s pioneer online universities, Columbia Southern University was established in 1993 to provide an alternative to the traditional university experience. CSU offers online associate, bachelor’s, master’s and doctorate degrees such as business administration, criminal justice, fire administration and occupational safety and health. Visit ColumbiaSouthern.edu or call (877) 347-6050 to learn more.