Recent release “The Invitee” from Page Publishing author Beverly Blackman-Mounce is the fourth installment in a series of juvenile futuristic fantasies set in the heart of Texas. Braden and Cade, brothers who try to have a normal existence, but are forced to make a decision on how to handle an unwanted invitation from an alien visitor to Earth. 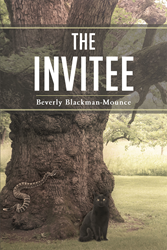 Beverly Blackman-Mounce, a mother, grandmother, teacher, and minister, has completed her new book “The Invitee”: a fun and engaging juvenile fantasy presenting two teenaged boys and their reluctant participation in intergalactic diplomacy.

Beverly asks, “What do you do when you receive an invitation from an alien? Simple: ignore it until they won’t let you ignore it anymore.”

Braden and his brother Cade were trying to lead a normal life in their hill country home in Texas. They had helped their grandpa out on his ranch further north from them with three alien encounters—first when the aliens arrived at Christmas holidays (The Invader), once in the following spring (The Insider), and once last summer (The Intruder).

Now school was in fall session. Football season had begun, and the boys wanted nothing more than to get back to their routines. Earth and Xeracik had made peaceful agreements, and despite constant human errors, the intergalactic relationship was going well. This time, however, the error was not caused by humans. There was a civil war on Xeracik, with one side having less-than-peaceful intentions toward Earth!

The large historic oak tree on Grandpa’s ranch was being used as the portal between the planets. What is going to happen to it? Fortunately for the boys, their brother Ryan is a secret agent for interplanetary interactions. Read what happens as once again the boys are drawn into an alien encounter, the fourth one in less than a year!

Readers who wish to experience this fast-paced work can purchase “The Invitee” at bookstores everywhere, or online at the Apple iTunes store, Amazon, Google Play or Barnes and Noble.