Prescription opioid overdose deaths among American Indians and Alaska Natives have increased nearly four-fold since 1999. Novus Medical Detox Center believes a new Cherokee Nation lawsuit against opioid distributors may be the first of many. 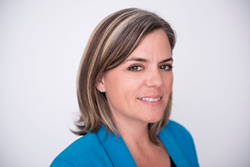 The Cherokees’ lawsuit is the first filed by a tribal nation against opioid distributors and retailers.

The complaint reported that between 2003 and 2014, there were more than 350 opioid-related deaths within the Cherokee Nation, and estimated there were “over 10,000 hospital admissions or emergency-room visits and hundreds of thousands of instances of non-medical use of or addiction to opioids by Cherokee Nation citizens” during this period.(1) Government data shows that the rate of drug-related deaths among American Indians and Alaska Natives is almost double that of the general population; in fact, from 1999 to 2013, the rates of prescription opioid overdose deaths among these communities nearly quadrupled.(2)

The lawsuit also outlined numerous settlements, fines and orders against the defendants as proof they knew or should have known they were facilitating widespread opioid diversion. For example, Cardinal Health agreed to a $34 million penalty in 2008 and another $34 million settlement in 2016, while McKesson Corporation agreed to pay a $13.25 million civil fine in 2008 and a $150 million settlement in 2017.(1) Yet despite these penalties, the complaint asserts that the defendants continue to contribute to illegal diversion, noting, “They pay fines as a cost of doing business in an industry which generates billions of dollars in revenue.”(1)

“The Cherokees’ lawsuit is the first filed by a tribal nation against opioid distributors and retailers. But given the harm that prescription opioids have done to the American Indian and Alaska Native populations as a whole, we’re likely to see other tribal nations follow suit,” predicted Bryn Wesch, CFO of Novus Medical Detox Center. “Opioids have taken a tremendous toll on these small but highly vulnerable communities, so it is critical to take immediate action to prevent further loss of life, health issues and economic consequences.”

Wesch applauds the Cherokee Nation for its preemptive actions to deter diversion, such as implementing a prescription monitoring program (PMP) before it was required elsewhere and eliminating widely abused opioids (such as hydrocodone) from its formulary.(1) She urges healthcare leaders and lawmakers to strengthen and better enforce regulations designed to prevent illegal diversion of prescription opioids, and to continue to hold manufacturers, distributors and pharmacies responsible for supply chain breaches that result in illegal diversion.

“Those who distribute and dispense prescription painkillers have a responsibility to identify, prevent and halt suspected cases of diversion. If they fail to do so, they are directly contributing to overdose deaths, hospitalizations and the growing prevalence of substance use disorders among tribal nations and the U.S. population as a whole,” stated Wesch. “If these companies do not undertake their own efforts to reverse the current opioid epidemic, then we can only hope that a growing number of lawsuits, fines and other penalties will force their hand.”

Finally, Wesch calls for federal, state and local governments to expand drug education, prevention and treatment programs in tribal communities, given that they have proven to be at particularly high risk for substance use disorders and overdose deaths. She advocates for access to medically supervised detox programs to help ease the pain and discomfort of prescription opioid withdrawal, as well as drug rehab and support programs designed to prevent relapse and promote successful long-term recovery.

About Novus Medical Detox Center:
Novus Medical Detox Center has earned The Joint Commission’s Gold Seal of Approval for Behavioral Health Care Accreditation as an inpatient medical detox facility. Licensed by the Florida Department of Children and Families, Novus provides safe, effective alcohol and drug treatment programs that are based on proven medical protocols and designed to minimize the discomfort of withdrawal. The facility is located on 3.25 acres in New Port Richey, Florida, in a tranquil, spa-like setting bordering protected conservation land. Intent on proving that detox doesn’t have to be painful or degrading, Novus set out to transform the industry by bringing humanity into medical detox with individually customized treatment programs and 24/7 access to nursing care and withdrawal specialists. Today, Novus is renowned as a champion of industry standardization and a staunch advocate of patients fighting to overcome substance use disorders. Frequently recognized for its contributions to the industry and local community, Novus has become a regular source to media publications such as The Wall Street Journal and USA Today, and has ranked in the Tampa Bay Business Journal’s Fast 50, the Florida Business Journal’s Top 500 and the Inc. 5000 list of America’s fastest-growing companies. For more information on Novus’ medically supervised detox programs visit https://novusdetox.com.