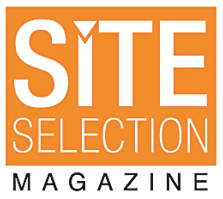 Site Selection magazine has released its annual rankings of Global Best to Invest locations and Top Investment Promotion Agencies, which appear in the May 2017 issue. These features recognize the nations and national/regional economic development offices that were the most successful in attracting capital investment projects in 2016. The rankings' methodology is based on an index of data from the proprietary Conway Projects Database (which tracks private-sector facility projects worldwide) and several other global economic data sources.

The Mac Awards for Excellence in Economic Development, named in honor of Site Selection founding publisher H. McKinley "Mac" Conway, are awarded to the top local and regional US economic development groups of 2016.

“Locations throughout the US and in every region of the world compete aggressively for direct investment at home and from abroad,” says Site Selection Editor in Chief Mark Arend. “Those appearing on these rankings have demonstrated with actual project numbers and other measures that they have the location attributes most in demand by capital investors.”

Also featured in the May 2017 issue: Top Deals of 2016; industry reports on global life sciences centers and the North American automotive sector; and spotlights on Gulf Coast Ports, Colorado, Kentucky and Georgia, among other coverage.