Xulon Press Announces New Book Enlightening Those Who Have Been Abused

Encourages forgiveness and acknowledgement that God is still on the thrown 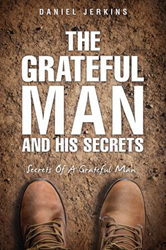 he has become an evangelist for ordinary people

In Daniel Jerkins’ new book The Grateful Man and His Secrets ($13.99, paperback, 9781498473439; $6.99, E-book, 9781498473446) the author shares that he was born in Newtonville, New Jersey. He was one of thirteen children. Early in life he learned the values of determination, dedication and discipline. Even though he constantly sought the approval of his father, it was known throughout his family as being very special to his mother.

It was his mother’s love that allowed him to understand the unconditional love that Jesus Christ has for us all. During his youth, he developed a strong relationship with God. He pursued the love of God passionately until it lead him to his purpose - ministry. By the time he was 15 years old, he preached his first sermon in a local church.

Through his young adult life, Daniel dealt with a spiritual tug of war. As he pursued the purpose of the kingdom of God, he fought with the stronghold within his own flesh. Determined to win the war against his flesh and exemplify the word of God in his heart, he has become an evangelist for ordinary people.

Daniel has served on the board of Love Ministries International and he has been the Chaplain for Father’s Artists and Christian Dance Fellowship. Daniel’s gentle spirit and humble heart has positioned him to be a part of various ministries that have been geared toward prayer and healing. He served as the Director for the Potter’s House Hospital Ministry for over 12 years. He is currently a member of the Prayer Ministry at Trinity Church in Cedar Hill, Texas. Daniel is an entrepreneur, and the owner of Jerkins Services Inc. He and his wife Karla reside in Dallas, Texas.

Xulon Press, a division of Salem Media Group, is the world’s largest Christian self-publisher, with more than 12,000 titles published to date. Retailers may order The Grateful Man and His Secrets through Ingram Book Company and/or Spring Arbor Book Distributors. The book is available online through xulonpress.com/bookstore, amazon.com, and barnesandnoble.com.