The American Health Care Act, if passed, would significantly drive up costs for America's seniors. 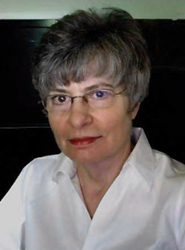 It’s important for the public to understand how the bill would increase costs and affect access to health care. The May 4th House vote took place less than 24 hours after the revised bill was posted, and without the nonpartisan Congressional Budget Office’s (CBO) analysis of the new bill. “Meaning that House GOP Members voted without having adequate time to review the bill, knowing the full cost of the legislation or how the new changes in the bill would impact coverage for their own constituents,” Johnson points out. “The public has a right to know that information prior to our elected lawmakers enacting legislation.”

According to a March analysis of an earlier version of the bill by the CBO, the legislation would restructure Medicaid safety net by capping costs. “This would have a profound impact on low-income Medicare beneficiaries,” Johnson says. About 1 in 5 people on Medicare, 11 million beneficiaries in all, have incomes so low that they qualify for Medicaid, according to the nonpartisan Kaiser Family Foundation.

The public frequently confuses the two programs. Like Social Security, people become eligible for Medicare based on payroll tax withholdings from their earnings. Eligibility for Medicaid is based on low income. Medicaid is a combined state and federal program, in which the federal government pays roughly 60% of program costs for all whose income is low enough to qualify under current law. The new House law would end the open-ended nature of funding and cap per person costs, adjusting reimbursements for inflation using the consumer price index.

“Medicaid plays an essential role for both low-income older Americans and middle-income seniors made poor by their health care costs,” Johnson notes. Medicaid benefits can include paying premiums and out-of-pocket costs for Part B coverage. It is also the primary payer of costs not covered by Medicare, including nursing home care.

The CBO estimated that, the American Health Care Act, introduced in March, would cut federal spending on Medicaid by nearly $880 billion over the 2017 – 2026 period. The CBO estimated that, by 2026, Medicaid spending would be about 25 percent less than projected under current law, yet Medicaid spending growth would exceed the rate of growth of the inflation adjustment. “With costs growing faster than reimbursements, states would have to come up with the money in some other way or be forced to cut services, restrict eligibility for enrollment or otherwise ration care,” says Johnson.”

The American Health Care Act will go next to the Senate. TSCL strongly opposes this legislation and is urging older Americans to contact their Members of Congress. To learn more, visit http://www.SeniorsLeague.org.