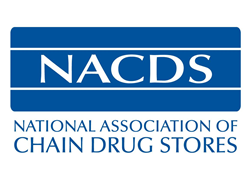 NACDS appreciates the work of Congressmen Mike Coffman, Walter Jones and Bob Brady – and each of the members of Congress who signed this letter – to advance this important pilot program.

The National Association of Chain Drug Stores (NACDS) is thanking the 65 members of the House of Representatives who sent a bipartisan letter to Secretary of Defense James Mattis calling for implementation of the TRICARE Acquisition Cost Parity Pilot Program for Retail Pharmacy. The pilot program was included in the FY2017 National Defense Authorization Act (NDAA), and has the potential to reduce costs while also restoring TRICARE patient access to medications and services from their neighborhood pharmacies.

The letter states: “The pilot program allows the military to realize the maximum voluntary manufacturer discounts on brand name prescription medications at all filling locations, which now include retail pharmacies.” The letter also emphasizes that if the Secretary decides to implement the program, time is of the essence as the NDAA requires the pilot program to begin by October 1, 2017. The letter urges the Secretary to act quickly to begin implementation of the pilot in order to meet the October start date.

“NACDS appreciates the work of Congressmen Mike Coffman, Walter Jones and Bob Brady – and each of the members of Congress who signed this letter – to advance this important pilot program,” said NACDS President & CEO Steven C. Anderson, IOM, CAE. “This pilot has the potential to preserve the choice of military families and veterans, to reduce Defense Department costs, and to enhance patient health by maintaining access to the pharmacist-patient relationship.”

Bipartisan letter from 65 members of Congress to the Defense Department