Phil Liberatore, CPA, provides his insight into a monumental tax reform proposed by the Trump Administration. 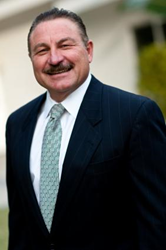 Phil Liberatore is optimistic to see a significant number of these proposed changes, considering this is the largest potential overhaul of the US Tax Code in over 30 years, post Ronald Reagan's presidency.

"In our view, the most monumental, proposed changes in the tax code are reducing the current seven tax brackets down to three brackets, with reduced brackets of 10%, 25% and 35%," says Liberatore. "Also proposed is a reduction of the corporate tax rate, down to 15% from 35 %, as well as a repeal of the Alternative Minimum Tax (AMT) and Estate Tax."

According to Phil, the overall goals of this sweeping tax reform are to accomplish the following:

1. Simplification of the tax code

3. Lower business taxes to increase business activity in the US

"The proposal has a long way to go before becoming law," says Liberatore, "but this is a first step along the path to reforming the tax system.:

Liberatore and his team at Liberatore CPA will be closely monitoring the direction of this far-reaching, proposed legislation and will provide updates as they become available.