Dr. David Samadi gives his expert opinion on a study comparing the oncological and functional results of robotic-assisted radical prostatectomy versus brachytherapy. 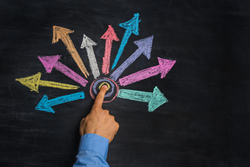 Data from a study published in the Canadian Journal of Urology concluded that when comparing outcomes between men who underwent robotic prostatectomy versus brachytherapy for low risk prostate cancer, there were similarities but also significant differences of what each procedure has to offer.

“Treatment decisions that men with low risk prostate cancer have to make can be difficult as a lot of it depends on what the patient is looking for and what type of experience their physician has to offer” said Dr. David Samadi. “There have been very few studies that have made comparisons between robotic prostatectomy and brachytherapy in the past and no randomized controlled studies yet. This study is among the few single-center, prospective randomized study intended to make this comparison.”

“After choosing men who were eligible for the study, they were randomized into either the robotic-assisted radical prostatectomy (RARP) or brachytherapy (BT),” explained Dr. Samadi. “Each group of men had their specific procedures they were assigned to be done and then were followed for a two-year period afterwards.”

The follow-up consisted of conducting a clinical evaluation and PSA level at 3, 6, 9, and 12 months period after surgery and then every 6 months for the next year. During this time frame, biochemical recurrence was monitored along with urinary function by assessing continence and urinary disorders, in addition to evaluating the ability to achieve and maintain satisfactory erections for sexual intercourse or potency, with or without the use of PDE-5 inhibitors.

“Findings from this study showed that in regards to oncological aspects, there was no difference in terms of biochemical recurrence-free survival rates between the two groups after 2 years. This was actually expected,” stated Dr. Samadi. “A 2 year follow-up is a short period of time to ascertain much difference between the two procedures and there really needs to be further studies of a longer duration of time to get a better idea.”

Dr. Samadi went on to say, “However, when the functional aspects were reviewed, this is where the two procedures differ. Comparing the men who underwent BT to the men who underwent RARP, the men using BT had a faster rate of regaining continence during first six months of follow-up, however, at 12 months and 24 months of follow up, there was no difference between BP and RARP group. Of notice, patients in BT group had a higher rate of urinary symptoms during the 2-year follow-up period. This finding is consistent with other findings from other studies.”

Sexual functioning also showed dissimilarity between the two procedures. Both groups initially showed a decrease postoperatively of sexual functioning but then significantly higher and quicker potency recovery rates were found in men undergoing RARP compared to men who had undergone BT during the entire follow-up period. At 24 months follow-up, 90% of RARP patients had recovered potency in comparison with 60% in BT group.

“Even though this study has some limitations like a small sample size and a relatively short follow-up period, it does show that the RARP patients overall had advantages especially in the fact of having a shorter and better recovery of gaining their functional capabilities of urinary and sexual abilities when compared to the BT patients,” explained Dr. Samadi. “These are factors any doctor and the men they see with low risk prostate cancer need to take into consideration when making any treatment decision. When they make the comparison between RARP and BT, RARP clearly shows the upper hand in treating prostate cancer effectively and managing symptoms better at this stage.”