Mehran Assadi Elected Chairman of the Board of National Life Group

National Life’s Board of Directors has elected Chief Executive Officer Mehran Assadi chairman of the board, effective immediately. Assadi has served as president and CEO of the company since 2009 and will retain those titles as he assumes the chairmanship. 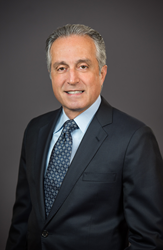 National Life’s Board of Directors has elected Chief Executive Officer Mehran Assadi chairman of the board, effective immediately.

Assadi has served as president and CEO of the company since 2009. He will retain those titles as he also assumes the chairmanship.

He succeeds Thomas H. MacLeay, a former president and CEO who has served as chairman since 2002. MacLeay will remain on the nine-member Board as the lead director.

The unanimous election of Assadi by the Board of Directors followed the annual meeting on May 12, 2017.

“Mehran has transformed our company,” said MacLeay. “We are now on the launching pad for a really remarkable future.”

“It has been my great privilege to lead National Life,” said Assadi. “I am honored and humbled to be asked to now lead the board as well.”

Assadi joined National Life in September 2003. Two years later he was appointed the company’s president of Life and Annuity. In 2009 he succeeded MacLeay as president and chief executive officer. Assadi has led major growth in sales of National Life’s life and annuity products and worked to build a culture of collaboration, engagement and empowerment among employees. Before joining National Life Group Assadi served as chief marketing officer and chief information officer at Provident Mutual in Newark, Delaware.

Before that he served as executive vice president, chief marketing officer and chief information officer at Provident Mutual in Newark, Delaware. Previously he served for 16 years in various senior positions with United States Fidelity and Guaranty of Baltimore.

A graduate of Towson University, Assadi has a Master's in Management Information Systems from the University of Baltimore.

Assadi and his wife Janet have three sons, Anthony, Jordan, and Ryan

MacLeay joined National Life in 1976 as a security analyst, rapidly advancing through the management ranks and serving in pivotal positions at critical times in the company’s growth and expansion. He became president and chief operating officer in 1996; in 2002 he was named chief executive officer and chairman of the Board. He stepped down as president and CEO in 2008.

National Life Group has been based in Montpelier, Vermont, since the chartering of National Life Insurance Company in 1848. It has more than 1,000 employees divided between campuses in Montpelier and Dallas, Texas.

At National Life, our story is simple: For more than 168 years we’ve worked hard to deliver on our promises to millions of people with our vision of providing peace of mind in times of need. It’s our cause, stemming from a deep passion to live our values to do good, be good and make good, every day. Learn more at NationalLife.com.