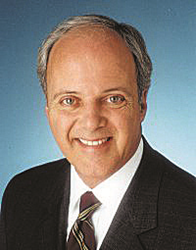 Miami single-family home sales expanded 1.5 percent, increasing from 2,968 transactions in 1Q 2016 to 3,014. Existing condominiums sales — which are competing with a strong new construction market— decreased 5.1 percent, from 3,326 to 3,155. Median sale prices increased for the 21st consecutive quarter, rising 15.8 percent for single-family homes to $318,375 and 6.6 percent to $220,000 for condos. Miami properties have seen more than five years of price appreciation.

“High demand for Miami single-family homes continues to put upward pressure on prices,” said Christopher Zoller, the 2017 MIAMI Chairman of the Board and a Coral Gables Realtor. “As a seller, it’s a good time to list your home. As a buyer, current mortgage rates make buying a home more affordable.”

According to Freddie Mac, the interest rate for a 30-year fixed-rate mortgage averaged 4.17 percent for 1Q 2017, higher than the 3.74 percent average recorded during the same quarter a year earlier.

Miami Neighborhoods See Strong Home Sale Growth
Eight Miami-Dade County municipalities or census-designated places posted single-family home sale increases in 1Q 2017, according to an analysis of neighborhoods with at least 40 transactions. Four of the eight are in south Miami-Dade County:

Total sales volume accounted for $2.7 billion in 1Q 2017, a 3.8 percent increase from the $2.6 billion sales volume a year ago. The sales do not include Miami’s multi-billion dollar new construction condo market.

Miami Median Prices for Single-Family Homes, Condos Climb in 1Q
The median price for single-family homes in Miami-Dade County increased to $318,375 in the first quarter, a 15.8 percent jump from $275,000 in the same period last year. The median price for existing condominiums increased 6.6 percent year-over-year from $206,450 to $220,000.

Statewide, the median sales price for single-family existing homes in 1Q 2017 was $226,000, up 10.7 percent from the same time a year ago, according to Florida Realtors. The Florida median price for condos during the quarter was $167,000, up 9.2 percent over the year-ago figure.

Seller’s Market for Single-Family Homes, Buyer’s Market for Condos
At the current sales pace, the number of active listings represents 5.8 months of inventory for single-family homes and 13.8 for condominiums. A balanced market between buyers and sellers offers between six and nine months of supply inventory. Low months supply for condos and single-family homes is impacting sales.

Miami Homes Selling Close to List Price
The median percent of original list price received was 95 percent for single-family homes and 93.3 percent for condos in 1Q 2017.

Miami Cash Sales Almost Double National Figure
Cash sales represented 44.8 percent of Miami closed sales in the first quarter of 2016. About 23 percent of U.S. home properties are made in cash, according to the latest NAR statistics. The high percentage of cash buyers reflects Miami’s top position as the preeminent American real estate market for foreign buyers, who tend to purchase with all cash.

Cash sales accounted for 60.0 percent of all Miami existing condo sales and 28.9 percent of single-family transactions.

About the MIAMI Association of REALTORS®
The MIAMI Association of REALTORS® was chartered by the National Association of Realtors in 1920 and is celebrating 97 years of service to Realtors, the buying and selling public, and the communities in South Florida. Comprised of six organizations, the Residential Association, the Realtors Commercial Alliance, the Broward Council, the Jupiter Tequesta Hobe Sound (JTHS-MIAMI) Council, the Young Professionals Network (YPN) Council and the award-winning International Council, it represents 46,000 real estate professionals in all aspects of real estate sales, marketing, and brokerage. It is the largest local Realtor association in the U.S., and has official partnerships with 161 international organizations worldwide. MIAMI’s official website is http://www.miamire.com