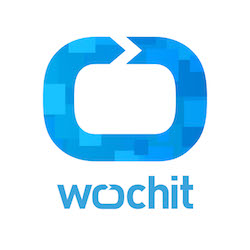 With Fresco’s locally-shot footage and the Wochit platform allowing instantaneous creation, publishers have an even greater ability to quickly create timely social videos and distribute them to the platforms on which audiences are most likely to engage.

The content from Fresco’s 130,000-plus mobile journalists further augments Wochit’s collection of up-to-the-minute video and images from sources globally. Fresco’s ability to instantly dispatch mobile journalists to a news scene allows publishers to reach and engage audiences with the most timely content possible, a significant competitive advantage in the crowded media landscape.

“With our shared commitment to bringing news organizations the freshest content straight from the field, Fresco is an ideal content partner for Wochit,” stated Joachim Schmaltz, VP Global Content Partnerships of Wochit. “One of the biggest challenges for news organizations has always been proximity. With Fresco’s locally-shot footage and the Wochit platform allowing instantaneous creation, publishers have an even greater ability to quickly create timely social videos and distribute them to the platforms on which audiences are most likely to engage.”

“As mobile journalism continues to grow worldwide, we at Fresco are excited to enrich Wochit’s expansive library of news photos and videos,” said John Meyer, CEO at Fresco. “Fresco’s dispatch tool empowers smartphone users to capture news happening around them, and allows news outlets to widen their coverage and break stories faster. Paired with Wochit’s tremendous creation and editing platform, publishers will be able to create compelling, local content faster than ever.”

By introducing Fresco to Wochit, whose customers produce more than 30,000 videos every month, local crowdsourced news can now be scaled up to an international audience and distributed to millions, an unprecedented feat in widespread, mobile coverage.

Wochit is a video creation platform that empowers newsrooms, media companies and brands to expand audience engagement through the power of social video. Worldwide media brands such as Time Inc., Daily News, USA Today, Gannett, AOL, The Week, ProSieben, Singapore Straits Times, Focus online and Der Spiegel use Wochit to produce short-form videos around trending topics at the scale and speed required in the video-first, mobile era. With rights-cleared assets from AP, Reuters, Getty, Bloomberg and others, cloud-based editing tools and native uploads, horizontal and vertical videos are quickly created and distributed across all social and digital platforms. Wochit is among the 2016-2017 EContent Top 100 companies in the digital content industry as well as the the winner of both the Gutenberg Prize for its disruptive technology in the field of journalism and Digiday’s Best Video Technology Innovation for its significant impact on publishers’ bottom line. The Company is backed by ProSieben, Singapore Press Holdings’ SPH Media Fund, Carlo de Benedetti, Redpoint Ventures, Marker LLC, Greycroft Partners and Cedar Fund. Wochit is based in New York, with offices in London and Tel Aviv. Find out more at http://www.wochit.com.

Founded in 2014 by John H. Meyer, a 2015 Thiel Fellow and member of Forbes 30 Under 30 for Media in 2017, Fresco News is a mobile journalism service available on iOS and Android that accredits and shares revenue with its users. After downloading the app, users can submit news photos and videos organically as news breaks, or be dispatched to specific events created by news outlets. Fresco’s media library is accessible to a host of networks such as Fox, ABC, and CBS, and is verified and curated by a 24/7 content team. For more information, go to http://www.fresconews.com. Facebook: http://www.facebook.com/fresconews | Twitter: @fresconews | Instagram: @fresconews