“Shadow Of My Soul” from Christian Faith Publishing author Luciene Wright is the story of David Fields and the internal struggle he battles over torn decisions. After producing and staring in his own reality movie, David Fields makes a decision that pulls him into a hellish adventure and nearly costs him his own life. 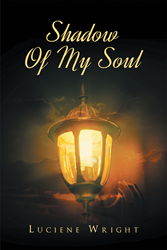 “Shadow Of My Soul”: an apocalyptic, never-to-forget, wished-it-never-happened hellish adventure. “Shadow Of My Soul” is the creation of published author, Luciene Wright, an accountant who previously held positions in the banking industry for more than 20 years, has also worked in the state government, and public accounting firm. She has a bachelor’s degree in business administration, and is a licensed CPA in New York. Originally from the West Indies, she now lives on Long Island where she manages the demands of her career, church, and family.
“David tasted his blood dripping down his face, and a wave of dizziness struck him. He felt like he’d cracked his skull and jawbone. Severe pain shot through his entire body. He knew he was going to die before the darkness engulfed him and the dark forces take hold of him. To his surprise, he no longer felt the pain caused by the trauma to his head.” --Luciene Wright

David Fields was the producer and leading man in a reality movie that he wished he could unmake. As he watches a scene where he is blindsided by his own shadow, he finds himself faced with a decision. Baited into making the wrong choice, his life starts to unraveled into an apocalyptic, never-to-forget, wished-it-never-happened hellish adventure that nearly claims his own life.

View a synopsis of “Shadow Of My Soul” on YouTube.

Consumers can purchase“Shadow Of My Soul” at traditional brick & mortar bookstores, or online at Amazon.com, Apple iTunes store, Kobo or Barnes and Noble.

For additional information or inquiries about “Shadow Of My Soul”, contact the Christian Faith Publishing media department at 866-554-0919.