The convention will be held at a new all-inclusive property in Mexico, reinforcing Cruise Planners’ emphasis on “more than just cruises” and luxury travel. 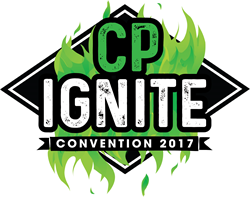 Cruise Planners, an American Express Travel Representative, will be hosting its annual convention at The Grand at Moon Palace in Cancun, Mexico October 15-19, 2017. This year’s theme, CP Ignite, is a fiery mantra designed to inspire Cruise Planners agents to spark innovation and explode beyond their personal records through collaborations and sessions with the Home Office Team, travel industry partners and fellow Cruise Planners agents.

“Cruise Planners agents who attend convention typically experience a 25% sales growth year over year and sell four times more than franchisees who do not attend,” said Michelle Fee, CEO and co-founder of Cruise Planners, an American Express Travel Representative. “We are confident this year’s theme, CP Ignite, will empower Cruise Planners agents to find their spark and ignite their business.”

Cruise Planners, a leader in technology and marketing, will be launching eREZ 3.0, a completely redesigned internal reservation system created to increase agents’ productivity and efficiency across all platforms. Convention attendees will be the first to be fully immersed in this user-friendly technology through hands-on learning sessions and guided virtual tours before its official launch to the entire Cruise Planners network. There will also be dedicated educational sessions on topics including selling group packages by land or by sea, targeting luxury travelers, increasing client retention as well as emerging media marketing.

As a whole, Cruise Planners travel agents continue to expand their sales mix with land-based travel and with this year’s convention hosted in Mexico, attendees will get to experience all the award-winning destination has to offer. In collaboration with travel partners, Cruise Planners will offer travel agents pre- and post-convention FAM opportunities to visit other all-inclusive properties in Cancun and the nearby resort areas of Playa del Carmen and Riviera Maya, with a focus on destination and property training.

“Cruise Planners is unstoppable, blazing ahead of the competition with the best tools in the industry to help agents plan, achieve and outshine their goals,” Fee said. “Convention is the best way for our agents to learn and expand their industry knowledge and grow their business all while having fun — we will turn up the heat and IGNITE in Mexico!”