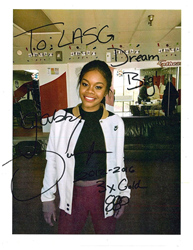 Our school has provided thousands of young athletes with quality gymnastics instruction and has produced several Olympians and internationally-ranked athletes throughout the years. So this day has a special place in the school’s heart!

The Los Angeles School of Gymnastics is celebrating their annual Academy Meet and Expo Showcase in commemoration of Olympic Day 2017.

The Academy Meet and Expo showcase is a mock Olympic competition held by the entire student body of the Los Angeles School of Gymnastics. Featured at the event, which will take place on Sunday, May 21st, 2017 from 1-3 pm, will be the school’s Executive Director Alla Svirsky and Coach Yefim Furman, to honor Olympic Day’s mission to promote fitness, well being, culture and education. Additionally, the amazing exposition will promote Olympic values such as excellence, friendship and respect.

The Academy Meet and Expo Showcase also serves as a very special opportunity for students to perform in a non-judged format. The entire student body will perform a series of routines in a standard competition format, including the “Preschool Olympics.” The Olympic theme helps boost the morale of each child participating in this unique event, one of its only kind in Los Angeles. This unique event combines mental and physical preparedness with aptitude for these young athletes. The expo will be one of more than 700 events that will be taking place nationwide that is designed to engage youth and promote the ideals of the Olympic movement, featuring athletic appearances, family friendly activities and interactive learning experiences.

A special appearance from the school’s director, Mrs. Alla Svirsky, a 3 time Olympic Coach, Olympic Judge and Inductee into the Sports Hall of Fame will be present at the Olympic celebratory event. Several members of the NCAA Championship UCLA gymnasts winning team will be present at the event. LASG Alumni athlete, Halle Mossett, will be serving as a Spirit Leader as well. Also slated to appear at the event is former Olympian, Yefim Furman, known to many as the “Godfather” in the world of gymnastics. Furman competed at the 1972 Olympic Games in Munich claiming the Olympic Silver Medal. He also serves as the lead consultant to NBC Sports for all gymnastics coverage. Coach Furman is part of the success of the 2016 Gymnastics Olympic Team, dubbed “The Final Five,” including: Gabby Douglas, Aly Raisman and Simone Biles. Furman helped assemble the Olympic team for the 2016 Summer Olympic Games in Rio, Brazil in 2016 and LASG couldn’t be more excited to welcome him to the Academy Meet and Expo event once again!

“We are excited to take part in Olympic Day and inspire young gymnasts in the Los Angeles Community” commented General Manager, Tanya Berenson. “LASG has provided thousands of young athletes with quality gymnastics instruction and has produced several Olympians and internationally-ranked athletes throughout the years. So this day has a special place in the school’s heart.”

Olympic Day was created in 1948 to commemorate the birth of the modern Olympic Games. This special event focuses on Olympic values and ideals such as fair play, perseverance, respect and sportsmanship. In the U.S, Olympic Day events range from small gatherings to large, citywide gatherings.

About the Los Angeles School of Gymnastics

Named by Los Angeles Magazine as the “best gymnastics center in LA,” the LASG is a nonprofit Olympic quality gymnastics-training center. Since 1975, the facility has been training youth and is considered to be one of the best gymnastics training facilities in the United States. Led by Alla Svirsky, LASG has provided thousands of young athletes with quality gymnastics instruction and has produced several Olympians and internationally ranked athletes.

For media inquiries individuals are encouraged to contact Tanya Berenson, General Manager, at 573-825-8209 or via email Tanya(at)LAgymnastics(dot)com. To learn more about the Los Angeles School of Gymnastics, please contact 310-204-1980, email info(at)lagymnastics(dot)com or visit us online at http://www.lagymnastics.com.