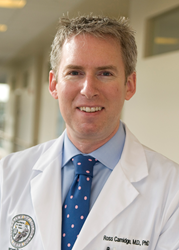 The duration of this benefit appears to be significantly longer.

About 3-5 percent of lung cancers are caused by changes in the gene ALK. In 2011, the FDA granted accelerated approval for the drug crizotinib to target these ALK changes. However, two major problems have remained: Crizotinib does not pass into the brain and so is unable to target ALK-positive lung cancer in the central nervous system, and the genetic diversity of cancer allows the later growth of subpopulations that can resist the drug, leading to renewed growth. In response, researchers have been actively developing next-generation ALK-inhibitors.

Results of a multi-center, 222-person phase 2 clinical trial of the next-generation ALK inhibitor, brigatinib at 180mg/day, used after failure of crizotinib showed a 54 percent response rate and 12.9 month progression-free survival. (Effects were lower at a lower dose.) Results are published in the Journal of Clinical Oncology.

“What brigatinib at this higher dose shows is comparable response rates to other next generation ALK inhibitors post-crizotinib but – and this is important – the duration of this benefit appears to be significantly longer,” says D. Ross Camidge, MD, PhD, Joyce Zeff Chair in Lung Cancer Research at the CU Cancer Center and director of Thoracic Oncology at the CU School of Medicine. Camidge is the paper’s senior author.

In fact, Camidge points out that at the time of publication, many patients enrolled on this trial continued to experience cancer control and that more recent results presented at academic conferences show that median progression-free survival with brigatinib against ALK-positive lung cancer may be closer to 16 months.

“Once a cancer resists crizotinib, other next-generation ALK inhibitors control cancer for about 7 months or about 9 months. This publication showing 12.9 month progression-free survival and our updated data showing even longer control suggest that these drugs are not all the same,” Camidge says.

This study along with data from the phase 1 trial showing comparable activity at the same dose and relatively few side-effects led to the FDA approval of brigatinib as a second-line therapy for ALK-positive non-small cell lung cancer on April 28, 2017.

Crizotinib, along with brigatinib and the other next ALK-inhibitors are members of a class of drugs called “kinase inhibitors” that seek to silence the signaling related to various cancer-causing proteins by restricting their access to energy. In this case, all ALK-inhibitors aim first to prohibit the signaling of a protein that results from the aberrant expression of an ALK fusion gene, which is the root cause of what is called ALK-positive lung cancer. The next generation ALK inhibitors all have better penetration into the brain than does crizotinib and work on a range of different mutations in ALK that emerge as mechanisms of resistance to crizotinib. However, they may not all penetrate the brain to the same extent and they may not all work on the same range of resistance mutations.

As the response rate from these next generation drugs after crizotinib tends to be similar, Camidge hypothesizes that all of the drugs work on the most common resistance mechanisms. “However, the duration of benefit, which really appears to differ between these newer agents, may be much more determined by their ability to suppress the less common ALK mutations – the second and third mechanisms of resistance that would otherwise emerge next month or the month after that,” Camidge says. “Brigatinib has a broader spectrum of coverage of resistance mechanisms than many of these other next generation drugs, especially at the higher dose. So the broader your spectrum of coverage of resistance mechanisms, the longer you control the disease.”

Camidge also sees potential promise in the fact that brigatinib’s benefit in the recent study increased with its dose. Because the drug is generally well-tolerated, with few side-effects, the obvious implication is that patients may be able to control their cancer longer with a higher dose. Also, “beyond just 90 and 180mg as in this trial, we may have the potential in the future to explore further intra-patient dose escalation,” Camidge says, meaning that if a cancer progresses after treatment with brigatinib, rather than discontinuing the drug, it may be possible to control the cancer again by increasing the dose even more (though more studies are needed).

This is in contrast with many other genetic changes that cause lung cancer. For example, “In EGFR lung cancer, resistance shifts sensitivity to targeted treatments by orders of magnitude – just doubling the dose of a drug wouldn’t make a difference. But with ALK, some of these resistance mechanisms are on the cusp of what you can inhibit and upping the dose may push cancer cells past the tipping point.”

As next-generation ALK-inhibitors offer more activity against ALK-positive lung cancer in the brain and better activity against the genetic changes that can help cancer resist crizotinib new questions arise, for example, “What if we don’t wait for resistance but go on a next-gen ALK inhibitor first?” Camidge asks. “Would that give the patient an advantage over using the drugs sequentially?”