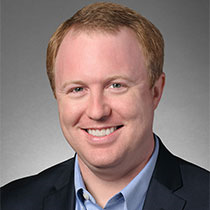 I am looking forward to building the Datto Networking business by aligning the unparalleled culture and development capabilities of Datto with the unmet networking needs in the IT channel.

Datto, Inc., the leading provider of total data protection solutions for businesses around the world, today announced that John Tippett has joined the company as Vice President of Datto Networking, and will lead the company’s strategic pursuit to establish a market leading position in the global networking space. In this new role, Tippett will be responsible for leading the adoption of Datto’s Managed Networking Services through Datto’s Managed Service Provider (MSP) partners around the world.

John has more than 15 years of experience in the technology industry, ranging from growing managed IT services firms to providing award-winning products and services as a vendor. Most recently he was with Aisle8, where he served as Vice President and General Manager. In this role, Tippett was focused on establishing the company’s IT division by servicing and supporting the distinct product and distribution needs of IT solution providers.

“John is a renowned expert in the IT industry with a proven track record in helping managed service providers to better support their clients’ needs,” said Brooks Borcherding, Chief Revenue Officer, Datto. "With his vast experience delivering solutions to the channel as well as his background as a former managed service provider himself, we are looking forward to his contributions and leadership as we expand our business with industry-leading networking solutions.”

Tippett sees a unique opportunity ahead. “Datto is a company that has proven its ability to pioneer solutions delivered through managed service providers for the SMB,” stated John Tippett, Vice President of Datto Networking. “I am looking forward to building the Datto Networking business by aligning the unparalleled culture and development capabilities of Datto with the unmet networking needs in the IT channel. We are going to truly disrupt the market with our product lineup.”

Tippett is an active member in the Computing Technology Industry Association (CompTIA), where he was awarded the inaugural Member of Year last May. He currently serves as ex-officio chair of the Managed Services Community and serves as a member of the Ambassadors program.

In his new role, Tippett will be based in Charlotte and report directly to Borcherding.

For a look at the new Datto Networking lines, visit http://www.datto.com/networking.

About Datto
Datto protects business data and provides secure connectivity for tens of thousands of the world's fastest growing companies. Datto's Total Data Protection solutions deliver uninterrupted access to business data on site, in transit and in the cloud. Thousands of IT service providers globally rely on Datto's combination of pioneering technology and dedicated services to ensure businesses are always on, no matter what. Datto is headquartered in Norwalk, Connecticut and has offices in Rochester, Boston, Portland, Toronto, London, Singapore and Sydney.