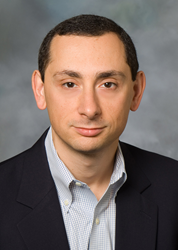 The CVD-REAL study results suggest that SGLT-2i medicines may have a significant impact on reducing those risks and may improve overall outcomes in a much broader population of patients with T2D than previously thought.

Worldwide, diabetes affects around 415 million adults, a number estimated to rise to 642 million by 2040 (1 in 10 adults), with 50% of deaths in people with T2D caused by cardiovascular disease. Specifically, people with type-2 diabetes (T2D) face a much higher risk of heart failure and death than those without diabetes. The prognosis for patients with diabetes that develop heart failure is especially ominous.

“T2D remains a major risk factor for cardiovascular disease and overall mortality despite advances in treatment,” said Saint Luke’s cardiologist Mikhail Kosiborod, M.D., the lead author of the study. “There is a substantial need to develop treatments that not only lower blood glucose levels, but also reduce the risk of cardiovascular complications, including heart failure. The CVD-REAL study results suggest that SGLT-2i medicines may have a significant impact on reducing those risks and may improve overall outcomes in a much broader population of patients with T2D than previously thought.”

This is the first of several comparative analyses of CVD-REAL. The study is ongoing and future analyses will be conducted using this dataset as well as data from additional countries. The data for this study were obtained from real-world sources including medical records, claims databases and national registers, and were not independently adjudicated or verified against source documents. The CVD-REAL study is sponsored by AstraZeneca. This study was validated by the independent academic statistical group at St. Luke’s Mid America Heart Institute, Kansas City, US. While CVD-REAL is a large study with a robust propensity-matching technique, given its observational nature the possibility of residual, unmeasured confounding factors cannot be definitively excluded.

Saint Luke’s Mid America Heart Institute is a member of Saint Luke’s Health System, which consists of 10 area hospitals and several primary and specialty care practices, and provides a range of inpatient, outpatient, and home care services. Founded as a faith-based, not-for-profit organization, our mission includes a commitment to the highest levels of excellence in health care and the advancement of medical research and education. The health system is an aligned organization in which the physicians and hospitals assume responsibility for enhancing the physical, mental, and spiritual health of people in the metropolitan Kansas City area and the surrounding region.