Bruce Feinstein, Esq., an experienced divorce and family law attorney in New York, offers insight on owning property and wealth, and how marriage and divorce can impact who owns that wealth. 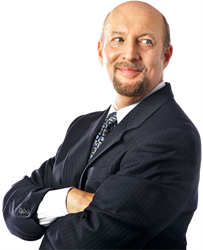 Couples that are getting married are often overwhelmed by the process of a wedding, joining families, and other life changes. This leaves the less glamorous issues of finances, property, and wealth assets outside the limelight. But in reality, knowing about the true meaning of ownership in a marriage is essential. Queens, New York divorce and family law attorney, Bruce Feinstein, Esq., has spent two decades working with clients on establishing their ownership rights during a divorce in New York. A recent rise in questions concerning property rights has led him to speak about wealth ownership before, and after, marriage.

If a person comes into a marriage with wealth, such as a business or investments, this is known as separate property. During the course of that person’s marriage, both spouses will obtain more assets, and those assets are considered marital property. Marital property, which ranges from cash to furniture to retirement accounts, covers anything obtained during the marriage and is known as the marital estate. “The idea that wealth accumulated before a marriage is your own and wealth accumulated during a marriage is shared with your spouse sounds clear-cut,” says Mr. Feinstein. “But in reality, the lines get blurred very quickly.”

A person who has wealth prior to a marriage, owning a business for example, will try to grow that business during the marriage. But if that person’s spouse contributes to the growth of the business, that accumulation of wealth becomes shared property. Or, if a person buys a house and then gets married, that property is separate property unless it’s put into a joint account, transferred to an account that was opened after the marriage, or the person’s spouse put work into managing or maintaining the property. Funds can so easily get blended between spouses that it becomes hard to draw a firm line between one spouse’s ownership and the other’s.

One reason this is a complicated aspect of divorce is New York’s equitable distributions system. Any assets accumulated during the marriage are defined as marital property, or a marital estate. As a equitable distribution state, New York Courts will divide the marital estate as equally and fairly as possible. Mr. Feinstein explains, “This does not mean an equal division of assets. It’s up to the judge to reach a fair outcome, taking into consideration a wide range of issues, such as the length of the marriage, spousal maintenance, tax consequences, and likely future financial circumstances of each spouse after the divorce agreement.”

Equitable distribution allows a judge to view all aspects of a marriage before making a final decision, but it does make the divorce process in New York, and division of assets, much more complex. One way to navigate these rough waters is with an experienced divorce attorney, one with knowledge of New York's equitable distribution system. Another is to draw up a premarital agreement prior to the marriage. This ensures that property deemed separate remains separate if the marriage ends. “It’s also a healthy way to look at finances together,” says Mr. Feinstein. “Premarital agreements allow both parties to learn about each other’s financial situation, and to make arrangements together that make sure their needs are met. It’s a valuable process.”

The Law Offices of Bruce Feinstein has nearly two decades of experience in divorce and family law, helping clients and families resolve their issues and move forward with their lives. If you are thinking of getting married or divorced and want more information visit feinsteindivorcelaw.com or call (718) 475-6039 to reach the New York office.
###