Minstrel’s Alley Author, Gordon Basichis, to Write Non-Fiction book as a Follow Up to His Novel, The Guys Who Spied for China

As a follow up to his acclaimed novel, Author Gordon Basichis is planning a non-fiction follow up on the successes and failures of American efforts to thwart Chinese espionage efforts and to establish a coherent foreign policy. 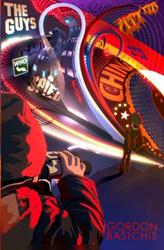 “I wrote The Guys Who Spied for China as a novel for practical reasons,” said Gordon Basichis. “For the most part it was well reviewed and was the Quarter Finalist in the Amazon Breakthrough Fiction Awards. But that was then and this is now."

Minstrel’s Alley author, Gordon Basichis, is writing a non-fiction follow up to his earlier novel, The Guys Who Spied for China. The novel was a Quarter Finalist in the 2009 Amazon Breakthrough Fiction Awards, and is a roman a clef based on Basichis’ true experiences, detailing how Chinese Espionage Networks were first discovered in the United States during the early and middle 1980’s. Basichis intends for the new book to describe the progress and failures in thwarting Chinese espionage attempts in recent years.

“I’m not the first one to say the United States policy toward China is inconsistent and often erratic,” said Basichis. “It is understandable, considering we are in a co-dependent relationship with neither side wanting to ever stretch tensions to the breaking point. At the same time, it has cost this country dearly in stolen technology and real and potential advantages in both the global economy and military superiority.

“The most recent mess is where the New York Times and other media outlets published how cyber breaches and possible Chinese moles all but destroyed American espionage efforts against China. It is a total debacle. It is just devastating. As I can only speculate on how such a breach may have occurred, I also think there is a pressing need for both the President and Congress to reassess its current policy with China and for the Intelligence Community to restructure its operation so that can assure the American public that moving forward oversight is such that it reduces the chance of calamity. And if a breach is discovered, it is quickly remedied.”

Basichis indicated that the book he is considering will be non-fiction and will help address the need for a more coherent policy toward China. He noted how the recent Chinese military buildup is based on both homegrown technology and advanced technology stolen from the American Defense Industry.

“It is no small wonder that their more advanced plane, the J-31 looks remarkably similar to the American F-22,” said Basichis. “This is not an accident. This denotes dramatic successes in their espionage capability. And it also demonstrates our own vulnerability. No, sure, some say the American planes are still functionally superior. But still, what are we doing giving up the store?"

“I wrote The Guys Who Spied for China as a novel for practical reasons,” said Basichis. “For the most part it was well reviewed and was the Quarter Finalist in the Amazon Breakthrough Fiction Awards. But that was then and this is now. Then I was writing a story about the 1980’s through 1990’s when Chinese Espionage, more or less, was in its nascent stages. Now efforts have expanded. They have much greater footprint around the world and are proving a mature country with a thriving economy and a worthy competitor in the global arms and technology Markets. China has come a long way and other than the occasional sabre rattling, I do not see us forming a coherent policy to deal with them economically and otherwise.

“When I was working through The Guys Who Spied For China, I was constantly reminded of one key factor. For the Americans, a ten-year strategy is considered long term planning. For China, one hundred years is nothing.”

Background: Minstrel’s Alley is a Los Angeles based independent publisher that seeks to bring adventure back into the publishing industry by publishing books that have popular appeal but with more complexity than the standard mainstream fare. The new publishing group distributes its books through Amazon, Kindle, and assorted Internet outlets as well as through bookstores around the country.    You can view Minstrel’s Alley at http://www.minstrelsalley.com