This WCRI study continues to monitor the effects of major legislation, House Bill (HB) 709, passed by the North Carolina legislature in 2011. 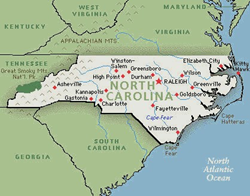 Cambridge, MA, May 23, 2017—Total costs per workers’ compensation claim in North Carolina have remained steady since 2009, according to a Workers Compensation Research Institute (WCRI) study, a contrast from the increases of the pre-2009 era.

In North Carolina, medical and indemnity payments per claim with more than seven days of lost time had both been growing at 6 percent per year or more from 2004 to 2009. Since then, costs have been stable.

Medical benefits per claim have decreased since 2013, according to the study, which may reflect interim fee schedule changes that year for hospitals and ambulatory surgery centers. Changes in fee schedules in 2015 may also have contributed to a lesser degree.

“The Great Recession and weak recovery may also have influenced changes in system performance,” said Ramona Tanabe, WCRI’s executive vice president and counsel. “Any studies of HB 709’s effectiveness would have to isolate the impact of the recession and recovery.”

The following are other findings from the study:

For more information on this study, visit https://www.wcrinet.org/reports/monitoring-the-north-carolina-system-compscope-benchmarks-17th-edition.