According to a recently published Annual Report compiled by the Alabama Department of Public Health (ADPH), the number of reported cases of Lyme disease in Alabama has increased by more than 50% over the prior year. 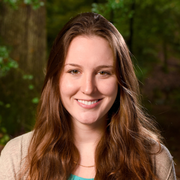 "Ticks are out in full force! Because of the relatively warm winter we had, winters ticks have been active all winter and spring, and summer ticks came out sooner."

A recently published Annual Report compiled by the Alabama Department of Public Health (ADPH), indicates there has been a more than 50% increase in the number of reported cases of Lyme disease in the state in the previous year. (Note: There are multiple tick-borne diseases that can be contracted in Alabama; however, Lyme disease is often informally used to describe all tick-borne diseases).

May has been declared Lyme Disease Awareness Month in Alabama and typically marks the beginning of what is considered to be “tick season.” Though Lyme disease is often treated as a seasonal disease, in Alabama ticks are active year round. In fact, according to Alabama Lyme Disease Association (ALDA) President, Kevin Wolfe, they are already receiving more calls, much earlier in the year than normal. Wolfe feels that, “greater awareness is likely contributing to the increased call volume, but many residents also are reporting seeing an increase in the number of ticks on their property this year.”

Emily Merritt is project manager and field researcher for a tick and tick-borne Illness project with the Auburn University School of Forestry and Wildlife Sciences. Merritt and team are investigating Alabama ticks and tick-borne illnesses, and plan to map and predict tick distributions and disease risk throughout the State. According to Merritt, "ticks are out in full force! Because of the relatively warm winter we had, winters ticks have been active all winter and spring, and summer ticks came out sooner."

While the number of reported cases has increased in Alabama, it’s likely that the actual number of cases is even higher. “Because studies have found that current Lyme disease testing can often be no more accurate than flipping a coin to determine results, we believe the actual number of cases are significantly higher than what is currently being reported,” Wolfe says. He added, “Far worse than the impact on reporting, is the long term impact on the patient who receives a false negative blood test, despite having contracted the disease.”

Prevention is critical to avoid contracting a potentially fatal tick-borne disease (or diseases). With increased outdoor activity during the summer months, it is critical to inspect yourself, your children and your pets for ticks after being outside. Unfortunately, in Alabama there’s much more to tick-borne diseases than checking for ticks, knowing the symptoms, and asking your doctor if you may have a tick-borne disease. Prevention and understanding symptoms are perfect starting points; however, the problem for many affected by tick-borne diseases in Alabama actually begins with a trip to the doctor. “The original focus of ALDA was to change the misconception that we don’t have Lyme disease or other tick-borne illnesses in Alabama,” says Wolfe. “We have made great progress in public awareness, however, except for a handful of medical professionals willing to learn more about treating tick-borne illnesses, we have made very little progress with the medical community in Alabama,” he added.

Physician education in Alabama is desperately needed, particularly on how to properly recognize, diagnose, and treat tick-borne diseases. According to Wolfe, “patients with obvious symptoms, some even with positive blood tests, are still being told that they cannot possibly have Lyme, because we don’t have Lyme disease in Alabama. Because flawed testing complicates diagnosis, physician training should address those flaws and focus on how to clinically diagnose and treat Lyme patients. The CDC, public health departments and Alabama medical schools must begin training Alabama physicians on how to diagnose patients based on symptoms and on how to correctly treat tick-borne illnesses, including those with chronic Lyme. Physicians denying Lyme disease even exists in Alabama can delay potentially lifesaving treatment. It is our opinion that this continued denial directly conflicts with the Hippocratic Oath to ‘First, do no harm.’”