Nancy Foshee’s new book “Williamsburg Daughter” is a searing love story set against the backdrop of 1898 Virginia as the United States entered the Spanish-American War.

Recent release “Williamsburg Daughter” from Christian Faith Publishing author Nancy Foshee is the potent story of Jessica Calhoun, an educated and independent young woman at a time when few women were permitted to be so, and Stephen McCormack, the accomplished young railroad president who shares her passionate interest in the world beyond her father’s mansion. 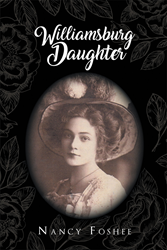 Nancy Foshee, a retired English and history teacher and member of the Daughters of the American Revolution, has completed her new book “Williamsburg Daughter”: a gripping and potent romance set in a time of immense societal and technological change in America.

Foshee’s tale is a thrilling story of global diplomatic and military tensions, scientific advances, and the nascent empowerment of women in the late nineteenth century.

The year 1898 ushered in a time of tension between the United States and Spain, fueled by the yellow journalism of newspapers owned by Hearst and Pulitzer. The United States declared war, and thousands of angry volunteers joined up to exact revenge for the bombing of an American battleship.

The last decade of the nineteenth century was also a time when individual women were making accomplishments in previously male-dominated vocations. The Daughters of the American Revolution organized women who wanted to make their communities better. And yet, the bulk of American society still felt a woman’s place was in the home. Though women could own property and could inherit wealth, married women were considered an appendage of their husbands, making their economic resources the property of their husbands.

But immense changes were brewing in technology, communications, and power. It is within this dynamic period that Jessica Calhoun and Stephen McCormack literally collide with one another, and the chemistry that ignites between them propels them into a whirlwind romance, punctuated with danger.

Readers can purchase“Williamsburg Daughter” at traditional brick and mortar bookstores, or online at Amazon.com, Apple iTunes store, Kobo or Barnes and Noble.

For additional information or inquiries about “Williamsburg Daughter” contact the Christian Faith Publishing media department at 866-554-0919.