American Life League’s STOPP International program is requesting all Pro-life Americans to support the state of Texas by signing its petition to Secretary Tom Price to cover the cost of its state-funded Healthy Texas Women Program without requiring that Planned Parenthood be a part of the program. 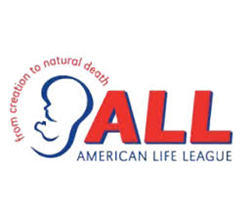 This is the one action Planned Parenthood is afraid Pro-life Americans will take right now.

Texas will file by the end of June a Medicaid waiver request to the Department of Health and Human Services to obtain Medicaid funding for its state-funded Healthy Texas Women program. The object of the waiver is to receive the funds without requiring that Planned Parenthood be a part of the program.

American Life League's STOPP International program and other Pro-life advocates support the Medicaid waiver in concert with other actions taken by the Trump administration to defund Planned Parenthood. To show its support for the waiver, STOPP has issued an online petition in order to present signatures to DHHS Secretary Price by June 30.

“This is the one action Planned Parenthood is afraid Pro-life Americans will take right now,” said ALL executive director and STOPP founder, Jim Sedlak.

The state’s upcoming request for Federal Medicaid support of its new program excludes Planned Parenthood and asks Secretary Price to approve of this with a Medicaid waiver.

“Pro-life Americans should sign our petition now so we can send strong encouragement to Secretary Price to approve the Medicaid waiver that will allow states to exclude Planned Parenthood from their federally funded women’s health care programs,” said Sedlak.

The Petition to support Secretary Price’s approval of the Texas Medicaid waiver can be found at: http://www.stopp.org/price-petition

American Life League was co-founded in 1979 by Judie Brown, a three-time appointee to the Pontifical Academy for Life. ALL is the oldest national Catholic pro-life education and advocacy organization in the United States. For more information, please visit http://www.ALL.org or call 540-659-4171.