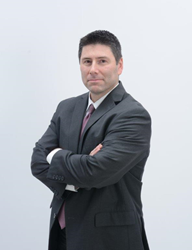 We are excited about the growth of our Appleton office. The addition of a highly-experienced advisor like Nick, represents a solid addition to our talented team of advisors.

Corrente brings nearly 20 years of wealth management experience to Ziegler, having previously served as a private client advisor for J.P. Morgan Chase Bank in Appleton. Robert Moats, Senior Managing Director and Head of Ziegler Wealth Management stated, “We are excited about the growth of our Appleton office. The addition of a highly-experienced advisor like Nick, represents a solid addition to our talented team of advisors.”

Corrente commented, “My goal is to empower my clients to live life to its fullest. I am committed to client-focused service, while using Ziegler’s comprehensive resources to provide the objective advice each client deserves.” Corrente continued, “What sets Ziegler apart from other firms is its offering of full-service investments as well as its own proprietary underwritten bond issues, all while providing a responsive, personal approach. This combination helps me differentiate myself in the marketplace.”

Ziegler is actively executing on its growth strategy and is looking to add advisors in its Appleton office. “We are the best of both the independent and wirehouse worlds,” stated Moats. “Like a wirehouse, we have a full support structure so advisors can focus on their clients and business. Yet, we have a culture to develop your business like an independent firm. Here at Ziegler, our advisors determine the right approach and focus for their businesses.”

Corrente holds Series 7, 6, 65, 63, 53, 4, and 24 securities licenses. As a resident of Neenah, Wisconsin, he is an active member and volunteer at Trinity Lutheran Church & School in Menasha, Wisconsin where two of his three children attend school. He Corrente also volunteers with the Neenah High School Powerlifting Team where his daughter is a member. Ziegler’s Appleton office is located at 2801 East Enterprise Avenue, Suite 101 in Appleton. The general office phone number is 920-749-5023 and toll-free number is 800-545-1498.

For more information about careers at Ziegler, please visit us at http://www.ziegler.com/makeachange/.