Datingvip.com is for those tired of the poor selection local dating sites offer, and want to spread out their search for love wider. Available in 120+ countries, the chance to meet anyone worldwide is now here. 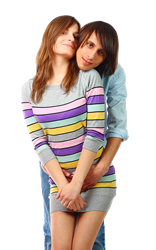 DatingVIP offers a chance to pair up with charming and intriguing singles near you.

It's basically the best chance at finding love. Getting access to that many daters globally is mind blowing when one thinks about the possibilities, but that is what Dating VIP does, it helps everyone find their very important person.

Online dating is a global phenomenon, and many singles try it out to meet people online, but more times than not, it's pretty frustrating finding someone who is really exciting and captivating, because the search is local or set to one town or city, there are only so many people a dater has the opportunity to meet. Since now communication is mostly done online, through chat applications, video chat etc., it's not unrealistic to imagine meeting someone on the other side of the world, and having a meaningful relationship with them even if they are from a different race or culture. Yes, it's not in the flesh, but it's more convenient, because it's usually face to face.

It's much easier when using a global dating site like Dating VIP, to meet others out there who have much more in common with a user, ironically, than one's own neighbor. Globalization has made the playing and dating field a lot more even, with cultural differences no longer being an obstacle to romance, but actually an element that enhances a connection. Dating has evolved so dramatically in the last 15 years with the use en masse, of free dating online, that no one is really so far away that they cannot connect. And dating overall, in the past 50 years has changed also, since there has been a steep rise in interracial marriages since they first became legal. According to a new report by the Pew Research Center, the share of newlyweds married to a spouse of a different race or ethnicity has gone up more than five times, from 3 percent in 1967, to 17 percent in 2015. And online dating can be considered a direct cause of that, since singles now have access to cultures and people who are not homogeneous or the same as them.

Using free personals to send out feelers to see who else - on Earth - is out there who you might be attracted to, is pretty exciting, and more and more singles are looking beyond their borders to find love. According to the Pew report mixed marriages are on the rise, fiancee visas are being given out more, since people meet and fall in love online, and then take the plunge.

Right now, in 2017, one in six newlyweds are marrying someone outside their race, which means that we live in a more accepting society.This interracial and global form of dating is something this site is made for. Giving users access to millions of users, means the chances of meeting someone cool rises exponentially.

It's basically the best chance at finding love. Getting access to that many daters globally is mind blowing when one thinks about the possibilities, but that is what Dating VIP does, it helps everyone find their very important person.
Datingvip.com can be found on the web at http://www.datingvip.com and is available 24/7.