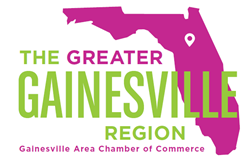 The Sid Martin Biotechnology Institute was recently named the 2017 Biotech Incubator of the Year by the International Business Innovation Association and the Milken Institute has ranked the University of Florida third nationally for tech transfer.

“These accolades underscore what business leaders in and out of Greater Gainesville already know: assets such as the Sid Martin Biotech Institute and the University of Florida are major, vital forces in advancing Greater Gainesville as Florida’s premier hub for biotechnology, research and entrepreneurship,” said Thomas Clemens, Vice President of Economic Development, Gainesville Area Chamber of Commerce.

The new ranking by the Santa Monica, California-based Milken Institute places UF two spots ahead of its 2006 #5 ranking, and now positions the University ahead of schools such as Stanford, MIT and Cal Tech, as well as the entire University of Texas System. In the past 14 years, the UF Office of Technology Licensing has launched 175 biomedical and technology startups, generating more than $1 billion in private investment. In 2014, the Office of Technology Licensing received 337 invention disclosures on $707 million in University of Florida research, signed 85 licenses and options, and launched 15 companies.

The Sid Martin Biotech Incubator’s receipt of the International Business Innovation Association’s Randall M. Whaley Incubator of the Year award for 2017 marks the second time the incubator has received a top-billing accolade; the first was in 2013. Established in 1990, the Sid Martin Biotechnology Institute has worked with more than 100 biotechnology companies, created over 2,200 high-tech jobs, and has had more than $1.62B in capital and merger and acquisition activity. SMBI touts a survival rate of 93% for companies in the incubator dating back to 2003.

Gainesville’s entrepreneurial environment extends beyond the life sciences industry. There is a strong ecosystem for startup growth in areas such as engineering, hi-tech, and agricultural sciences. The Gainesville region has the highest concentration of 18- to 44-year-olds in Florida and more than twice the state average of advanced degree holders.

Located in North Central Florida, Greater Gainesville is home to the state's youngest and most educated population, the 4th most prolific university commercialization engine in the nation, the University of Florida, and the nation's No. 1 community college, Santa Fe College. The Gainesville Area Chamber of Commerce represents more than 1,300 members that employ more than 80,000 employees. The Chamber works to advance its mission to facilitate economic prosperity, business growth and community progress in the region. Via five lines of business - Business Development, Economic Development, Workforce Development, Public Policy, and Regional Growth - the Chamber is working to position Greater Gainesville as a global hub of talent, innovation and opportunity. For more information visit http://www.gainesvillechamber.com.