The May economic report from the National Association of Credit Management indicates a down month, keeping in line with the overall economy and a roller coaster pattern to the year. 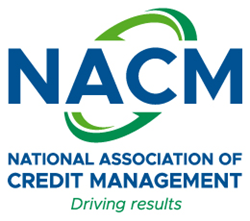 The wild enthusiasm that was noted at the start of the year has faded as reality sets in.

According to the May report of the Credit Managers’ Index (CMI) from the National Association of Credit Management (NACM), the combined score fell to the lowest it has been since November, dropping to 53.6 from 55.8 a month ago. Of particular concern is the index for unfavorable factors, which sank below the 50 mark, as low as it has been since August.

“The wild enthusiasm that was noted at the start of the year has faded as reality sets in,” said NACM Economist Chris Kuehl, Ph.D.

Indicators have followed an up-and-down pattern over the last four months, with April’s upbeat tone driving away March’s concerns. Now it is May’s turn to be downbeat. All of the favorable categories slipped a little with most of them falling out of the 60s. The sales category dropped to its lowest point since January, and dollar collections data slipped into the 50s, reigniting concerns from March and indicating that companies are no longer considering expansion.

Worse news was seen in the unfavorable categories. The reading for rejections of credit applications actually rose a bit, indicating that either applicants trying for additional credit are in good shape or those that issue credit are being more generous. The data for accounts placed for collection worsened some, continuing its trend of staying below 50. The disputes reading took a big hit, and dollar amount beyond terms collapsed from 51 to 45.9, another mirroring of concerns from March.

“The combination of more slow pays and weaker dollar collection means that there are still considerable struggles in terms of paying, and there is renewed worry that other negatives will start to accelerate,” Kuehl said. Negative readings were also found in the filings for bankruptcies category.

“The sense right now is that companies are less upbeat than they were earlier in the year,” Kuehl said. “The big growth opportunities have not materialized as yet, but there remains some hope they will.”

For a complete breakdown of the manufacturing and service sector data and graphics, view the May 2017 report at http://web.nacm.org/CMI/PDF/CMIcurrent.pdf. CMI archives may also be viewed on NACM’s website at http://www.nacm.org/cmi/cmi-archive.html.

ABOUT THE NATIONAL ASSOCIATION OF CREDIT MANAGEMENT

NACM, headquartered in Columbia, MD, supports more than 14,000 business credit and financial professionals worldwide with premier industry services, tools and information. NACM and its network of affiliated associations are the leading resource for credit and financial management information, education, products and services designed to improve the management of business credit and accounts receivable. NACM’s collective voice has influenced federal legislative policy results concerning commercial business and trade credit to our nation’s policy makers for more than 100 years, and continues to play an active part in legislative issues pertaining to business credit and corporate bankruptcy. NACM's annual Credit Congress & Exposition conference is the largest gathering of credit professionals in the world.