“The Rise of a Cherub” from Christian Faith Publishing author Tezi Beach is the powerful story of Tia Menéndez, an ordinary high school student who discovers when her friends disappear after a party that she is a cherub- a specialized angel that God has blessed with extraordinary powers. Tia embarks on a journey to find them with two powerful angels and two mortal teenage boys, and together they fight an epic battle against Hector, a vile man possessed by legions of demons and his hellish beast. 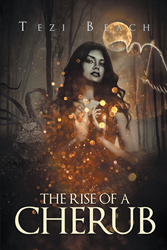 “The Rise of a Cherub”: a gripping tale depicting the eternal deadly conflict between heaven and hell. “The Rise of a Cherub” is the creation of published author Tezi Beach, a writer from the East coast of Florida who homeschooled her four children and was inspired to write an engaging book to help teens make the choice to serve God rather than fall prey to temptation.

Hector, a vile man possessed by legions of demons, trembled as he watched the gruesome demonic creature shudder while its body gyrated from the strain of syphoning the soft, delicate internal organs from its prey. The creature lifted its repugnant head and bellowed a ghastly roar as it sucked in one last drop of bloody carnage. Then it carelessly tossed the decimated carcass across the rancid swamp to land on the massive pile of broken bones, petrified skin, and excrement. Terrified but consumed with evil, Hector and his demons, slinked away from the swamp pond and began to devise a wicked plan for the small town of Ocean Breeze where he grew up.

Tia Menéndez is an ordinary high school student in Ocean Breeze who suddenly finds her life turned upside down when her friends are missing after a spring break party. At the same time, Tia discovers that she is a cherub—a specialized angel that God has created and blessed with extraordinary powers. With the help of two powerful angels, Azimi and Alcander, Tia is compelled to begin a search to find her friends before something horrible happens to them. As this journey begins, Tia meets two boys: Garrett, a well-balanced Christian on fire for God, and Blaine, who spends his life in a drug-induced stupor. With Garrett and Blaine tugging at Tia’s heart, the three unlikely teenagers fight a battle with Hector and his beast, demonic creatures, and angelic beings for domination of their souls.

View a synopsis of “The Rise of a Cherub” on YouTube.

Readers can purchase“The Rise of a Cherub” at traditional brick and mortar bookstores, or online at Amazon.com, Apple iTunes store, Kobo or Barnes and Noble.

For additional information or inquiries about “The Rise of a Cherub”, contact the Christian Faith Publishing media department at 866-554-0919.