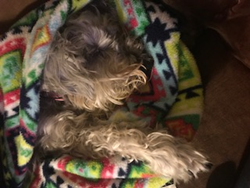 “We are determined to fully investigate to determine how and why ‘organic’ pet foods can allegedly contain Pentobarbital, and why such costly organic pet foods can also be produced and sold with allegedly misleading labels about healthy ingredients."

The first lawsuit has been filed in Los Angeles County’s Superior Court, Case Number BC664138, by attorneys Roger S. Braugh, Jr. and Jane M. Braugh of Sico Hoelscher Harris & Braugh LLP on behalf of consumers who purchased Party Animal brand dog foods labeled as “organic.” Wendy Black, an animal advocate and rescuer, is the named Plaintiff in the case, and seeks to represent a class of consumers allegedly affected by the Party Animal branded pet foods.

Party Animal “Cocolicious” Chicken and Beef purchased by Ms. Black was found to allegedly contain Pentobarbital, an animal euthanasia drug. Additionally, the lawsuit alleges that the Party Animal brand dog foods in question are otherwise mislabeled as containing certain healthful ingredients that are not in fact included in the pet food as advertised.

The lawsuit alleges that an Illinois-based private label pet food manufacturer named Evanger’s Dog and Cat Food Company (“Evanger’s”) manufactured and canned the Party Animal “Cocolicious” branded food, and alleges that meats from dead animal processors were used to make the “organic” pet food despite being tainted with the toxic levels of Pentobarbital. Both Party Animal, Inc. and Evanger’s are named as Defendants in the case.

Roger S. Braugh, Jr., counsel for Ms. Black, stated, “We are determined to fully investigate this case to determine how and why ‘organic’ pet foods can allegedly contain Pentobarbital, and why such costly organic pet foods can also be produced and sold with allegedly misleading labels about healthy ingredients that are not actually contained in the food. We hope that this case can provide some assistance to people whose pets were injured or killed, and for consumers who may have been misled about the contents of this food. We intend to conduct a complete investigation by tracking the entire supply and distribution chain so that all responsible parties may be identified. We will follow the facts wherever they lead.”