CareSet Labs released the Root NPI Graph at the 2017 Academy Health ARM Meeting in New Orleans. This is a new, greatly improved version of the Doctor Referral teaming dataset commonly available from Medicare. 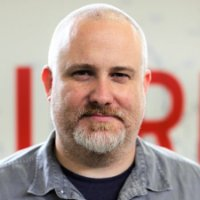 Trotter believe this dataset should be available to any researcher or innovator that can use the data to decrease the cost of healthcare and improve patient outcomes."

Originally created through Freedom of Information Act (FOIA) requests by Fred Trotter and subsequently called the the “Doctor Referral Dataset” as released by Medicare and “DocGraph” as released by Trotter, the original dataset debuted as one of the most disruptive dataset releases in the history of digital health. It remains a game changer for innovators and researchers, as it includes both implicit and explicit referral relationships between doctors, hospitals and other types of entities.

The new dataset will be available free to attendees of the Academy Health conference, or for download at http://careset.com/labs. In a recent blog post, Trotter outlines “the geeky details” of the release and why it is important at https://careset.com/rootnpigraph/

While the dataset can be viewed as the defacto map of the US healthcare system, it is also the largest graph data set that is 100% available using real names (doctor names, in this case). LinkedIn, Facebook and Twitter all have bigger graphs, but they are not 100% available to researchers. The original dataset is in broad distribution and in use by hundreds of companies including The Advisory Board, Price Waterhouse Cooper, and the Federal Trade Commission.

CareSet Systems (https://careset.com) is the nation’s first company with access to 100% Medicare Part A, B and D claims and enables the nation’s leading pharmaceutical companies to decode Medicare claims data to guide new drug launches.